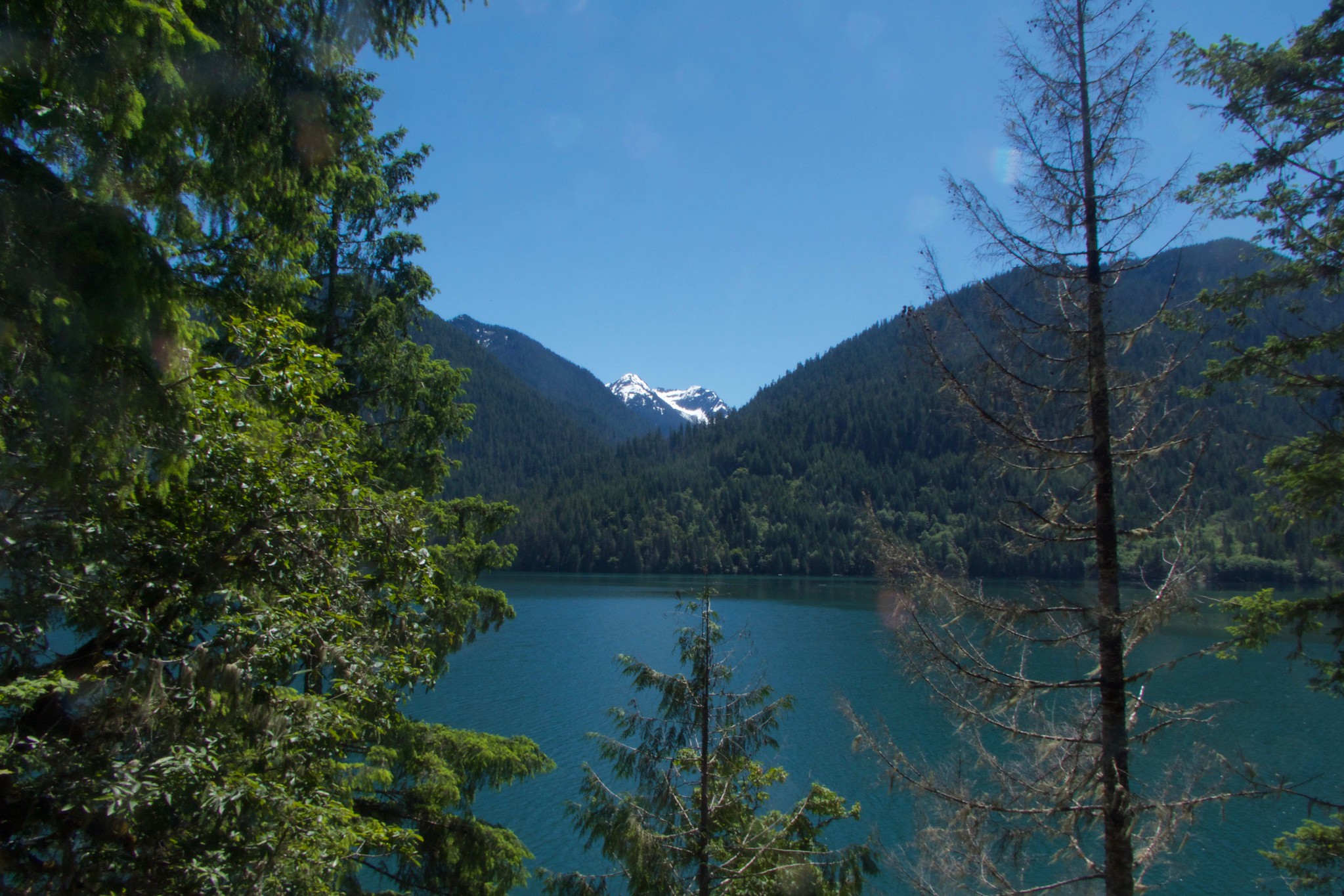 The mountains were calling but with camping restricted due to the pandemic and not being able to easily get coverage here at the monastery (for the same reason pretty much) I’ve not be able to do any sort of multiple day trip. But It is only about 2.5 hours by car to Baker Lake. A bit too much time in the car for my tastes, but for an overnight this wouldn’t be too bad. So I decided to spend a lovely June Monday checking out what was open and how crowded it was. 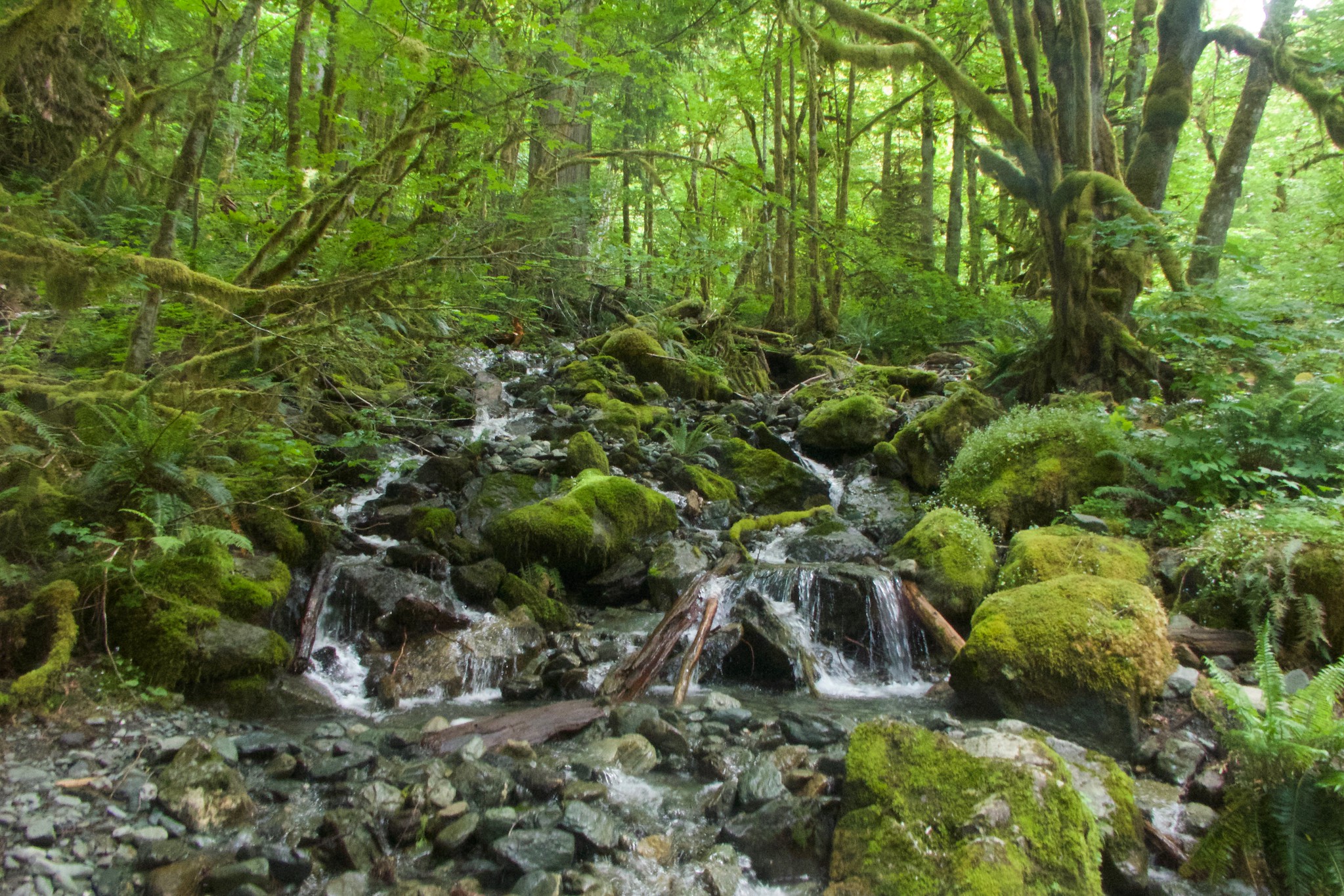 All of my typical haunts and “hidden” spots have been a lot more crowded these last few months. No school and no indoor activities had led to people being more outside. In the main this a good thing, but since I am always seeking solitude in my forays into the out of doors, it has made things more difficult. Not to mention on wants to maintain physical distancing. All predictions are that the parks and camping will be crowded this summer due to people needed to get away and trying to be safe. So this was all on my mind as I did the drive first to Concrete and then up Baker Lake road. 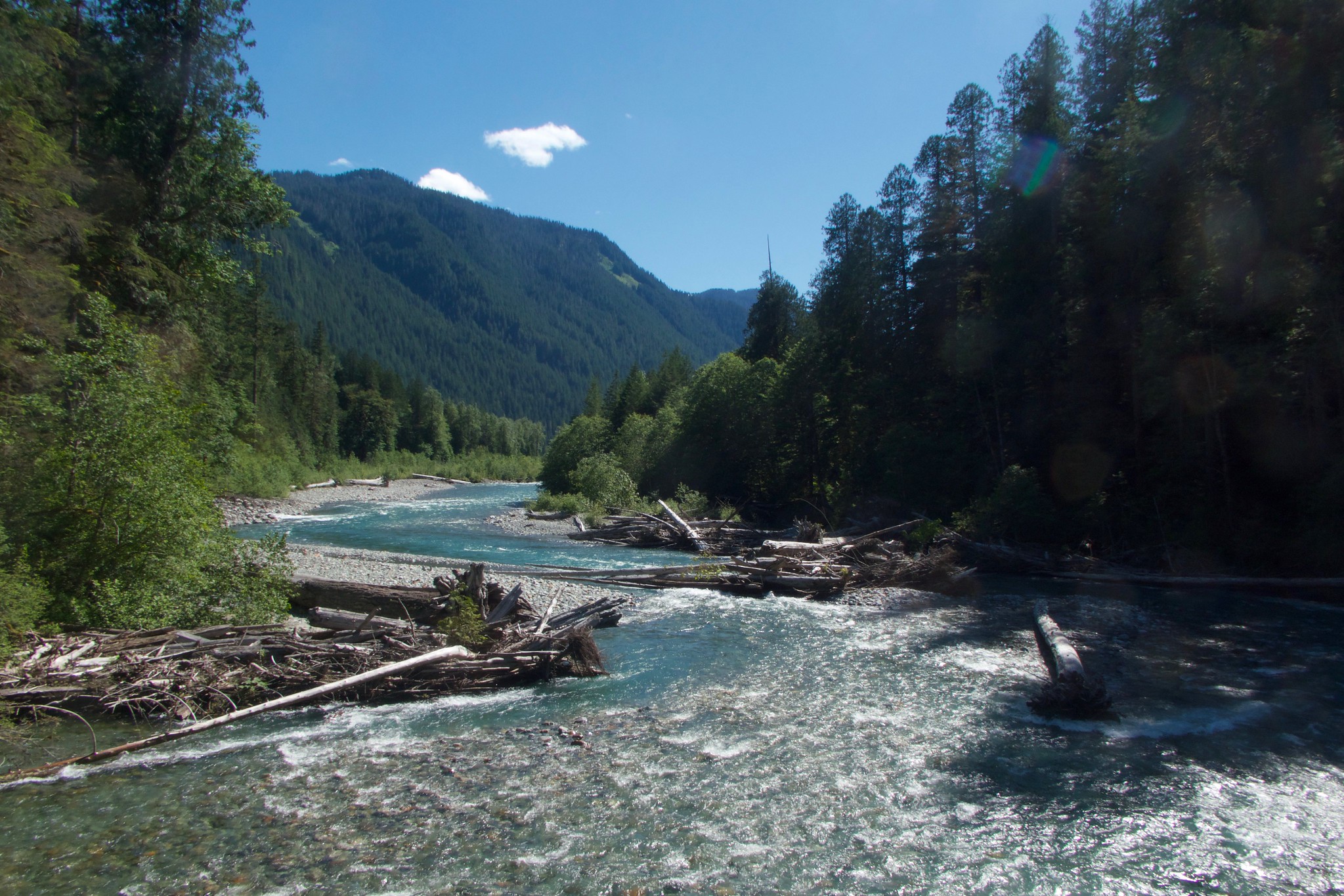 As you approach the lake incredible peekaboo views of Mt. Shuksan and then Mt Baker appear. At the lake the road turns to dirt and there are many amazing views of the lake and the Cascade Range to the east. There is a lot of dispersed camping available along the west boundary of Baker Lake. On a Monday there were people there but still plenty of places available. A number of the main campgrounds were open. As we get past the Fourth of July, when the weather typically turns dry in Western Washington I’d expect to see more of the predicted crowds. 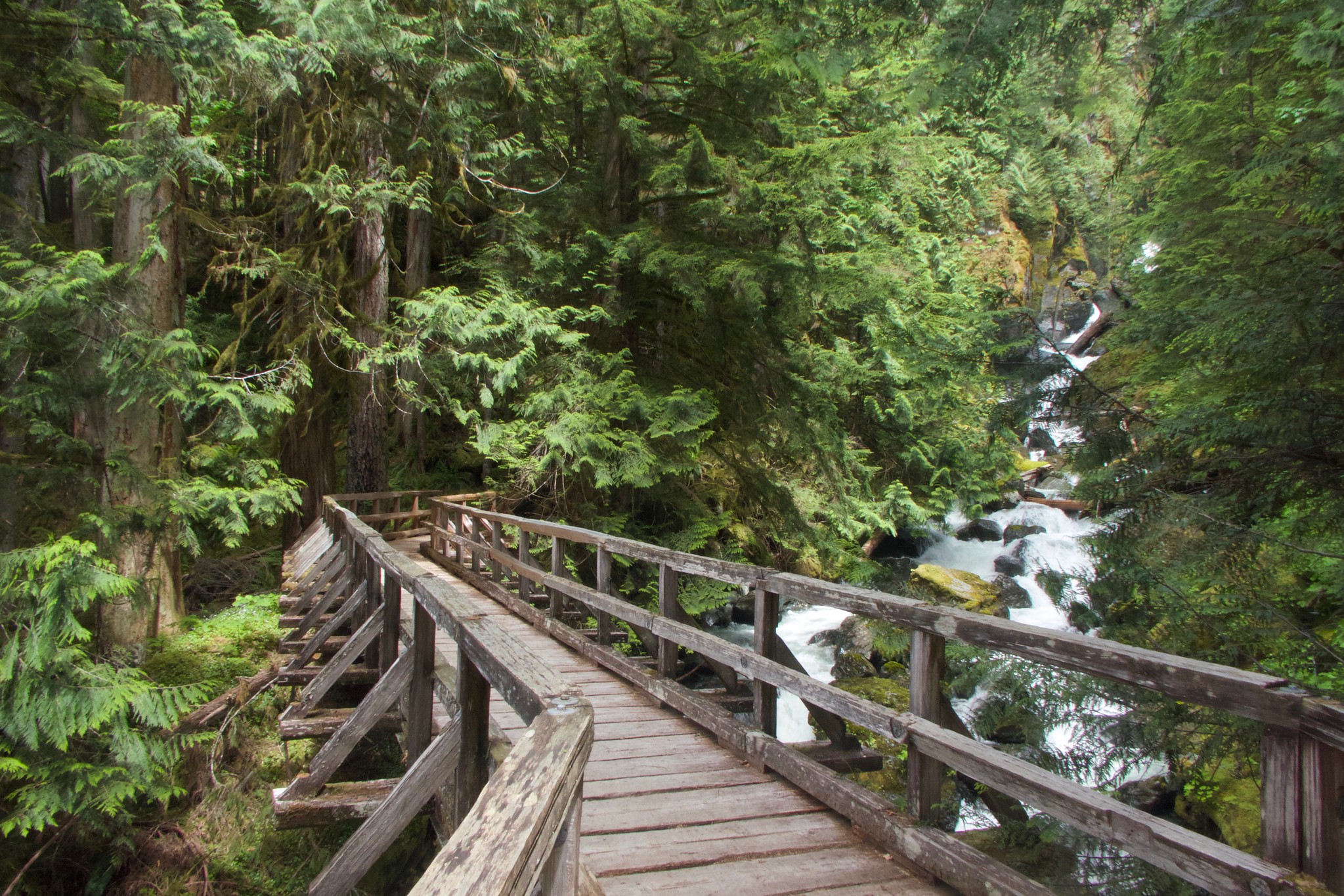 I drove to the end of the dirt road to the north and of Baker Lake and parked just outside the park boundary. Then I did a short hike along the Baker Lake Trail. This began along the Baker River and then crosses it via a suspension bridge. The trail then runs all the way around the lake allowing for a complete circumnavigation of the lake. I hiked up past three waterfalls before I had to turn back around and make my way back. This was lovely wooded hiking with these numerous creeks crossing the trails, often in small cascades. Not too far from where I turned around the trail would be closer to the lake but I was mostly in the woods. 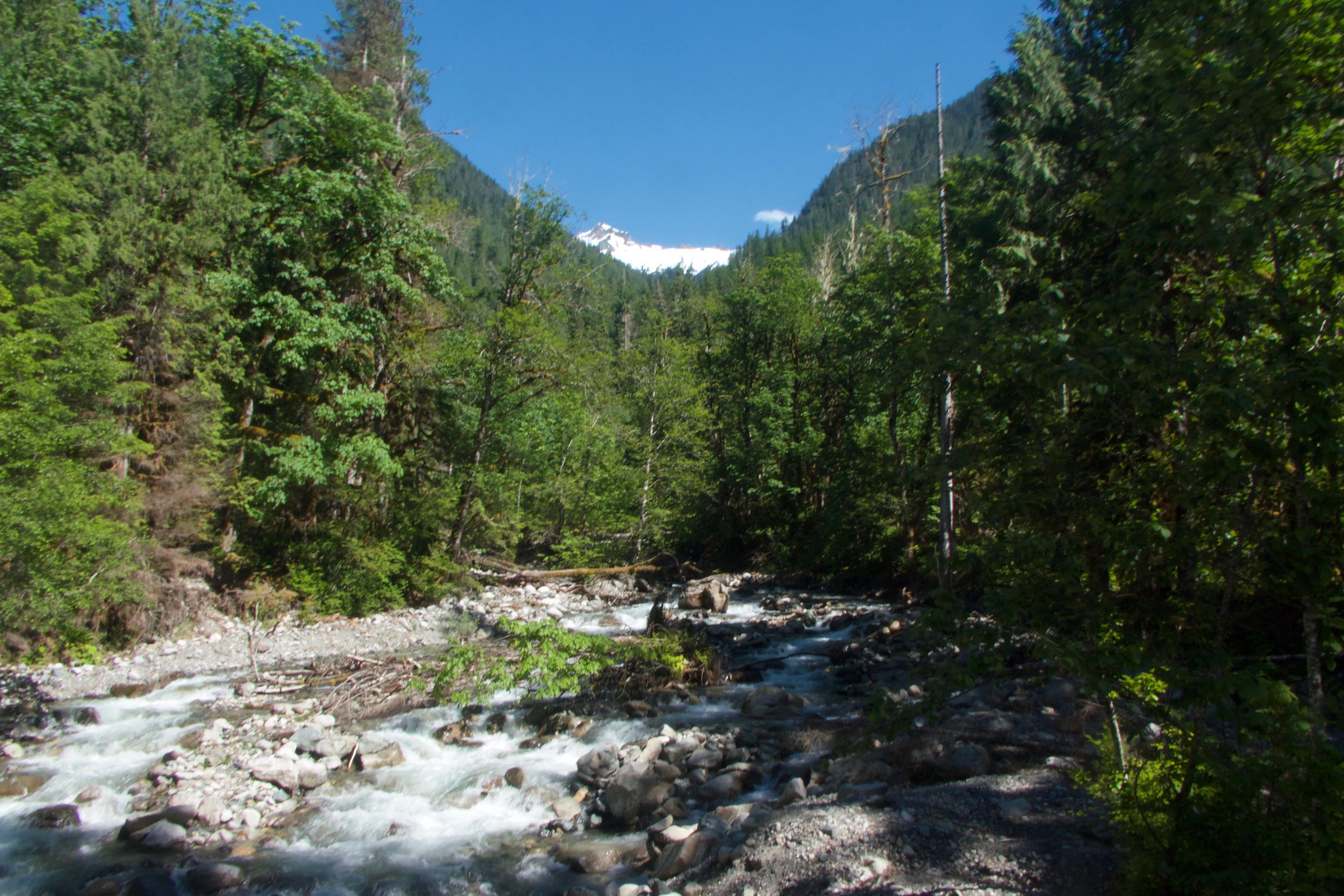 There was lots more hiking to do here, up the stream, further around the lake and then miles and miles in the National forest. Both free camping and nice campground on the lake. Hard to say about the crowds now, but mid-week is always a little better. I will definitely be back for a night or two and perhaps a longer foray in the late summer. This was a great jaunt with incredible views and hiking on quite empty trails. But definitely need to have more time there for the length of the drive. 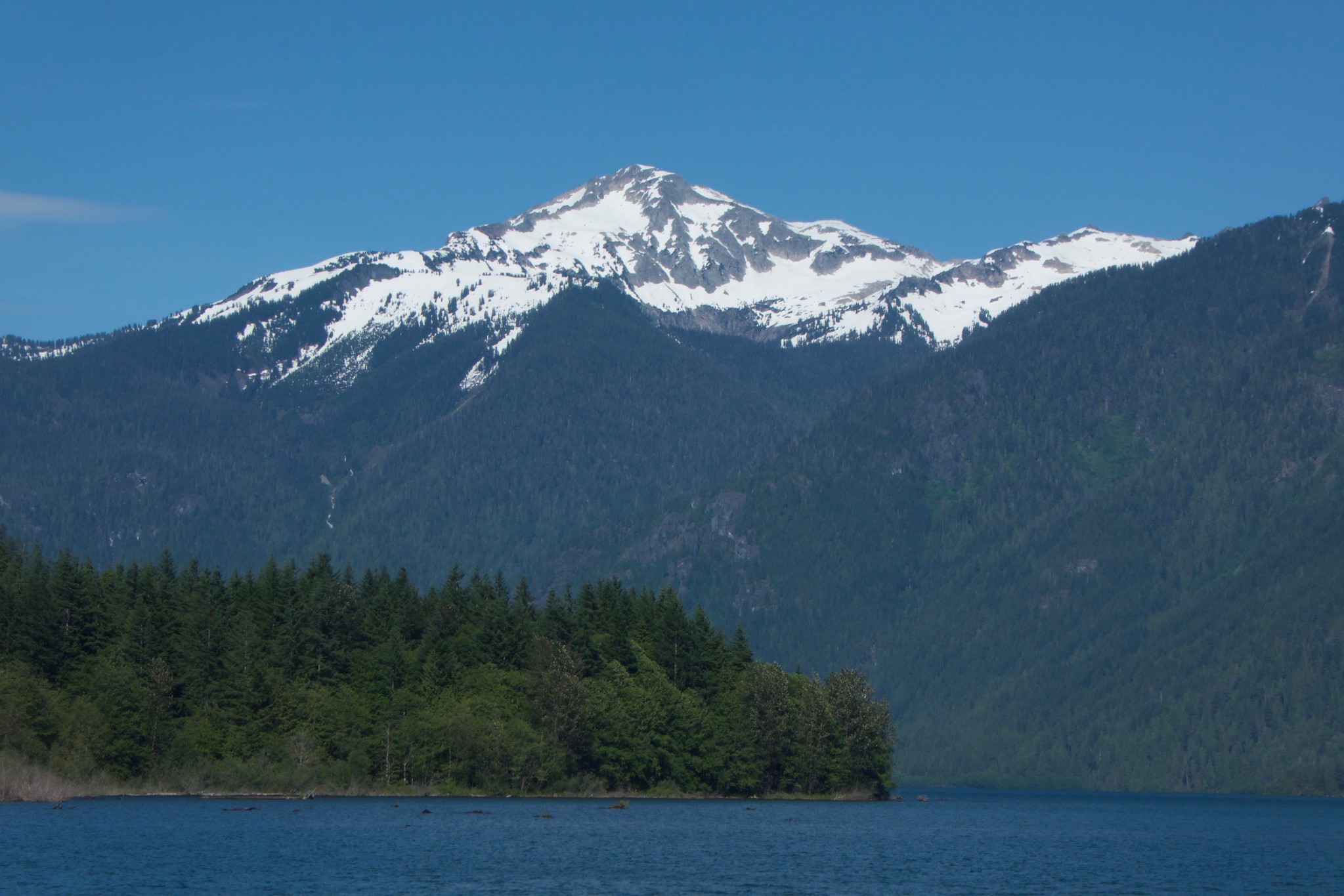 See all my photos from this trip here: Baker Lake first foray.