First ride of Swift Industries Social Distancing Cycling Club. In this club we all ride around the same time, but on our own. You can read about it and watch the launch video in this Seattle Bike Blog post Swift Industries launching Social Distancing Cycling Club. The club is hosted on the Strava Website which supports cycling clubs with route mapping, chat, statistics and such. A lot more competitive ride oriented than really does much for me, but does work for organizing a “club” whose members can be anywhere and does their own rides. Club home: Social Distance Cycling Club. 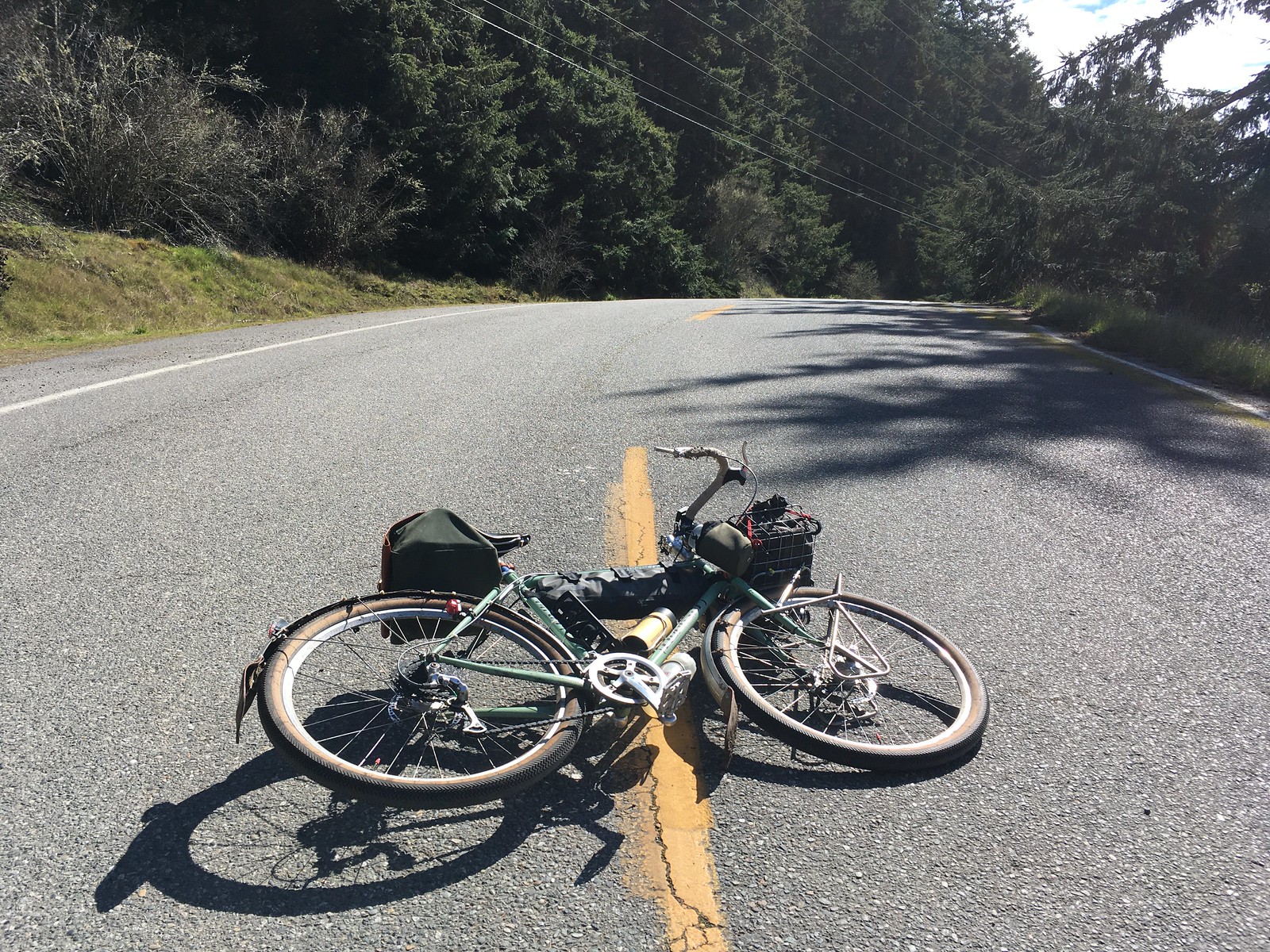 The first ride was a photo scavenger hunt where we had to take photos of the following items: our bicycle, the bicycle in the middle of the road, a peace sign, graffiti and something yellow. Check through my photo album on Flickr to see if I met the challenge! 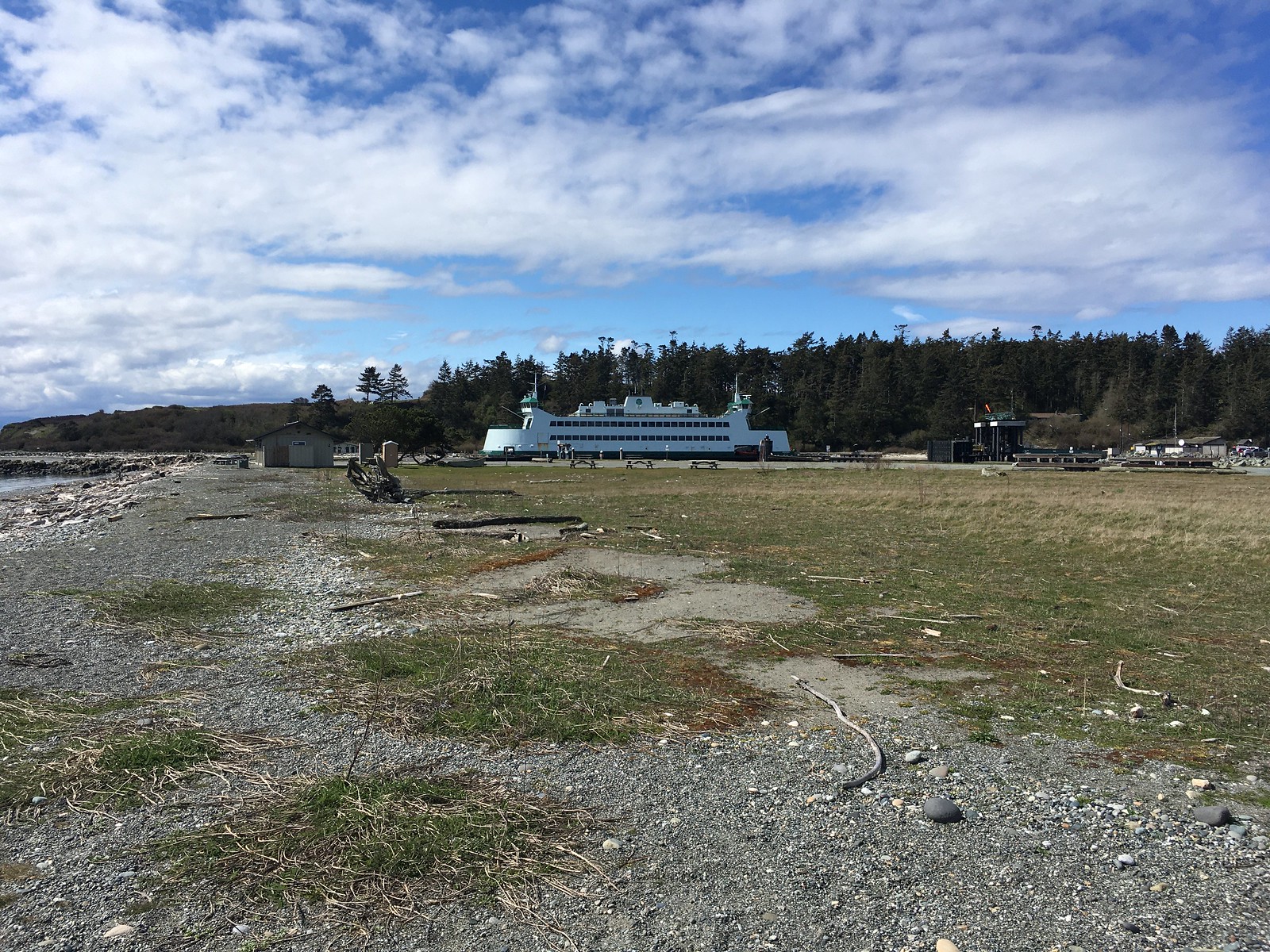 In this first ride, which was on a sunny but chilly Spring April day I rode side roads and the inevitable Hwy 525 to Ebey’s Landing and then to Fort Casey. The morning was pretty cold, so I did some chores before I set out a little later than the suggested start time.  By 10:30am it was warming up. When i was in the sun it was warm, but still cold in the shade.  But by the time I got to Ebey’s Landing it was just a nice warm day. 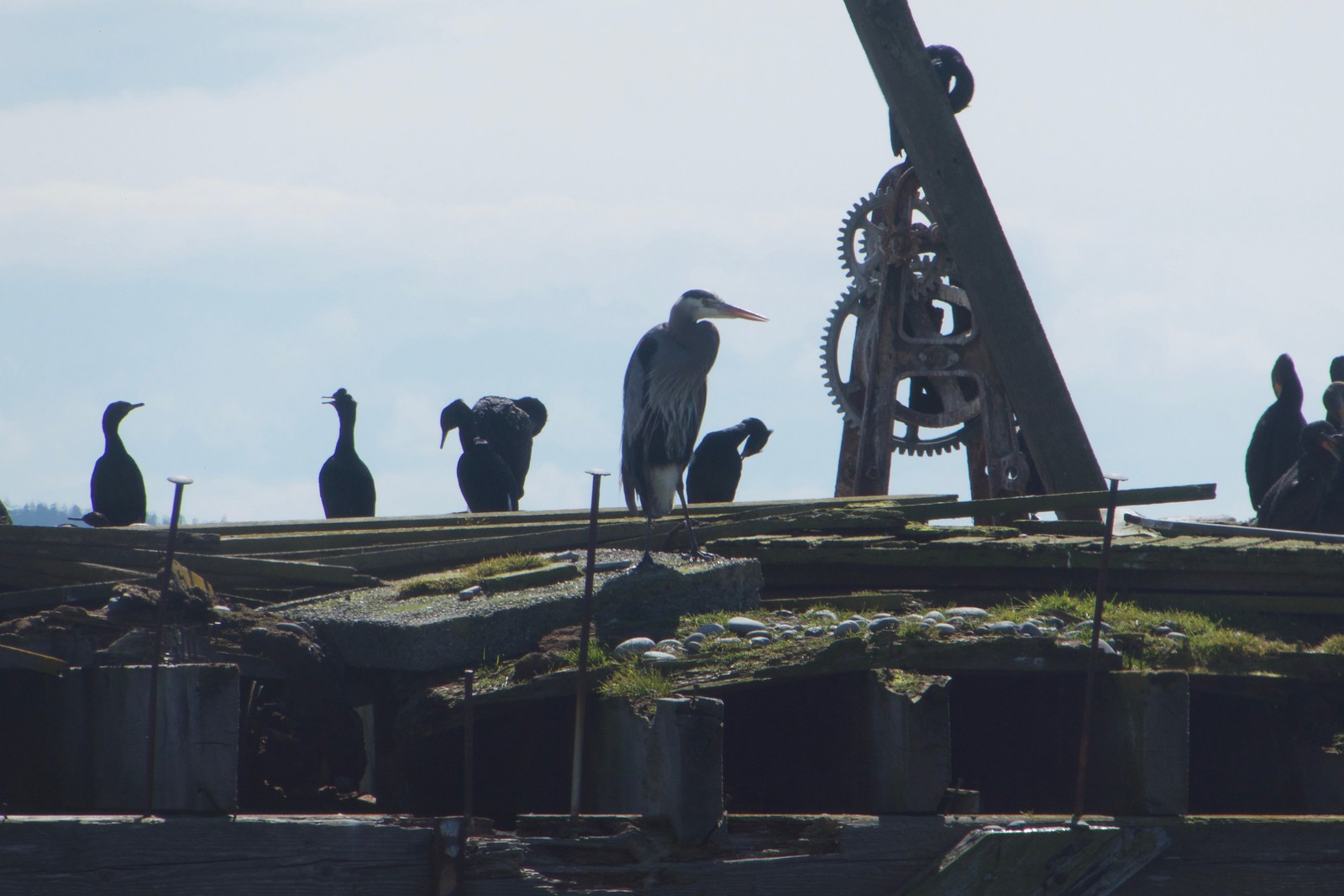 There were plenty of people out on this lovely Saturday but most were trying to keep their distance. The State Parks were closed with barriers blocking the entrances, but various county parks and trailheads were not. So there were some packed parking lots. I avoided these places and utilized the freedom of the bicycle to go where people weren’t. 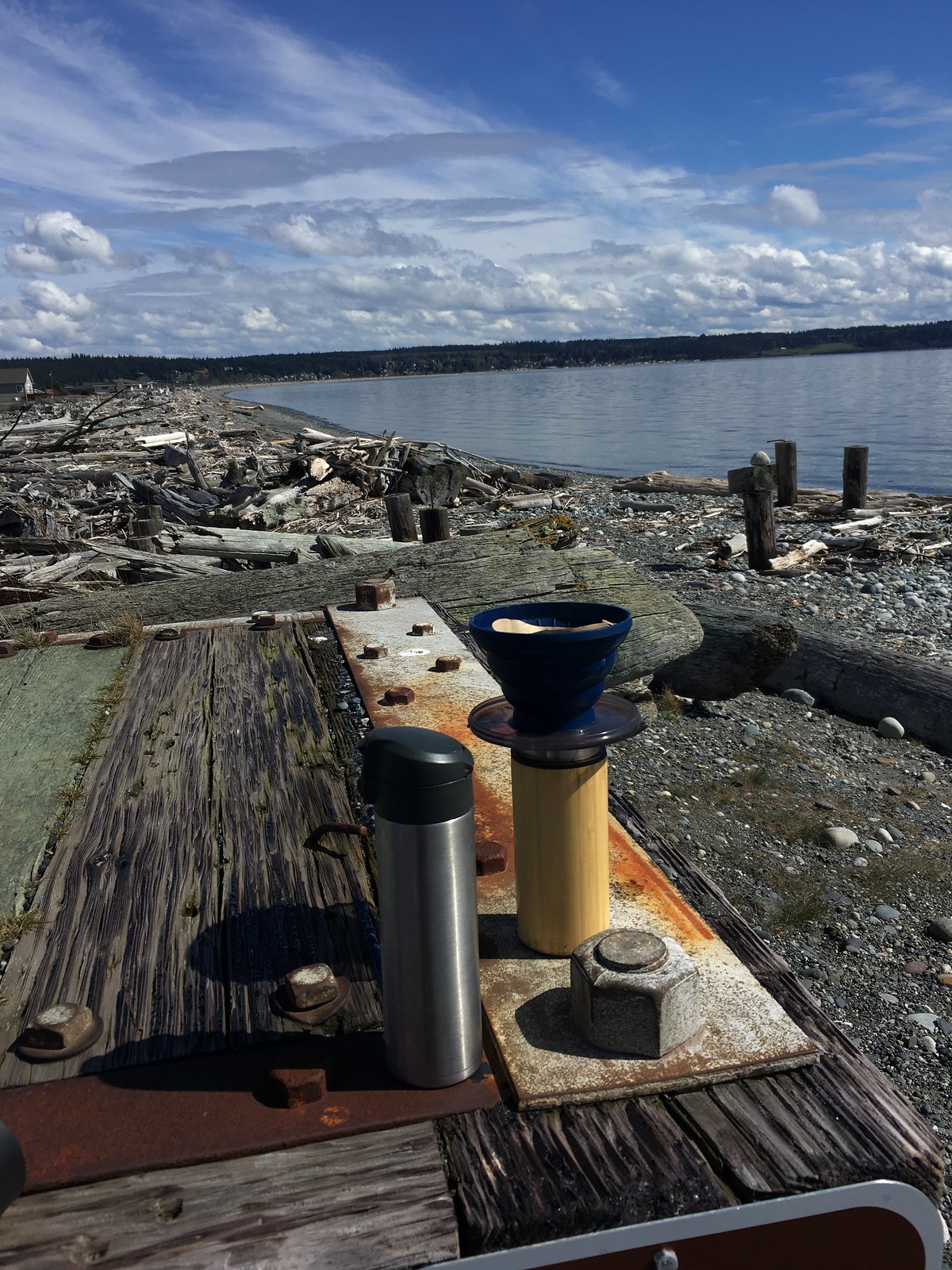 I had a picnic lunch at Ebey’s Landing among old dockworks. I made coffee outside. There was a bald eagle standing on the old pier and a whole host of cormorants, seagulls and crows. Then a great blue heron flew in to join the party.  Just sitting there, drinking fresh coffee, listening to the gentle shelling of the waves. What a wonderful day. 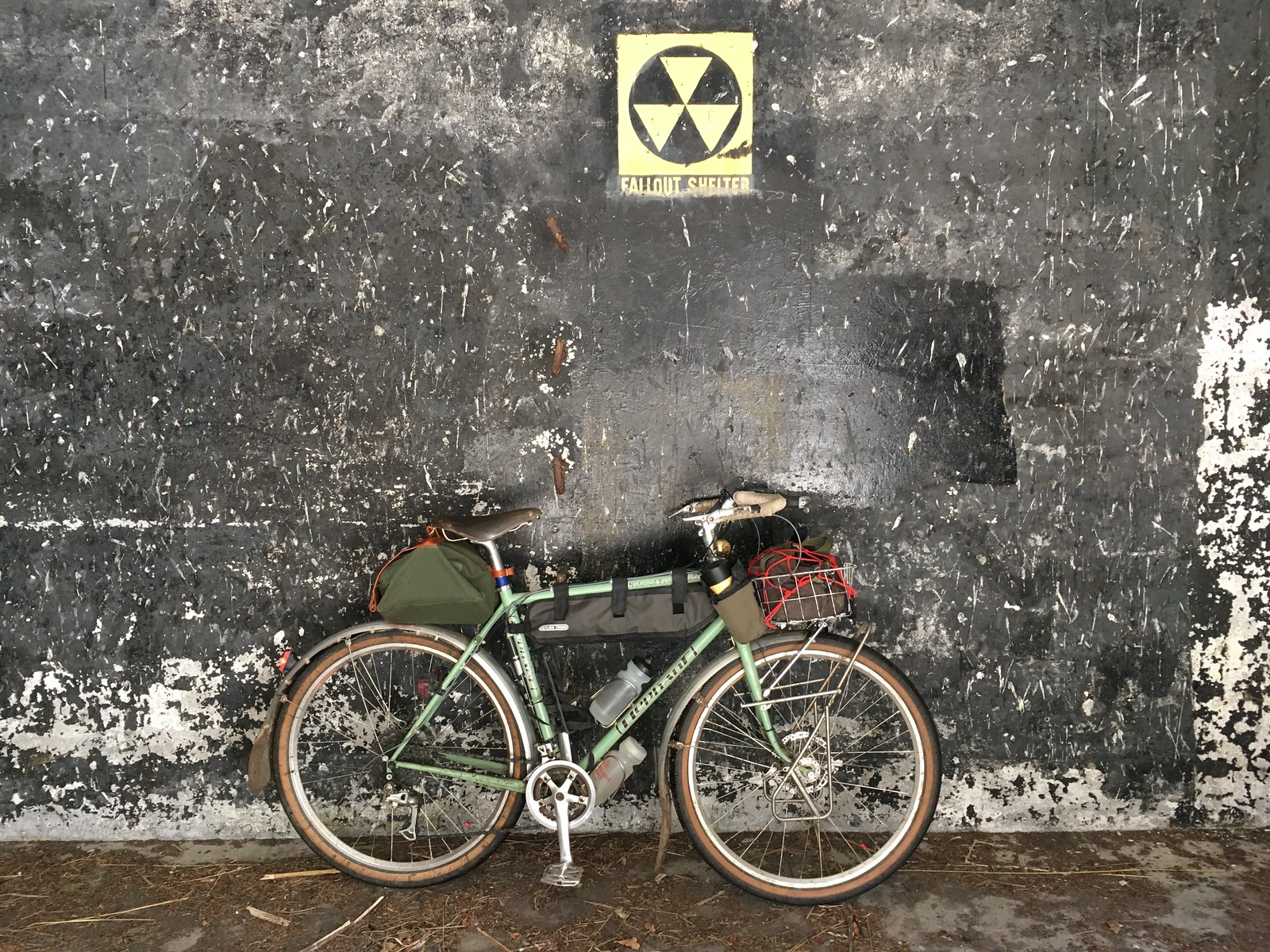 I rode up into the closed Fort Casey to complete the photo scavenger hunt, finding the last needed items in the old mortar bunkers.  Then it was back home. I mostly stayed on 525 home as I needed to get back and had spent a bit more time out than planned. But well worth it.  Ended up riding around 40 miles on this lovely day. 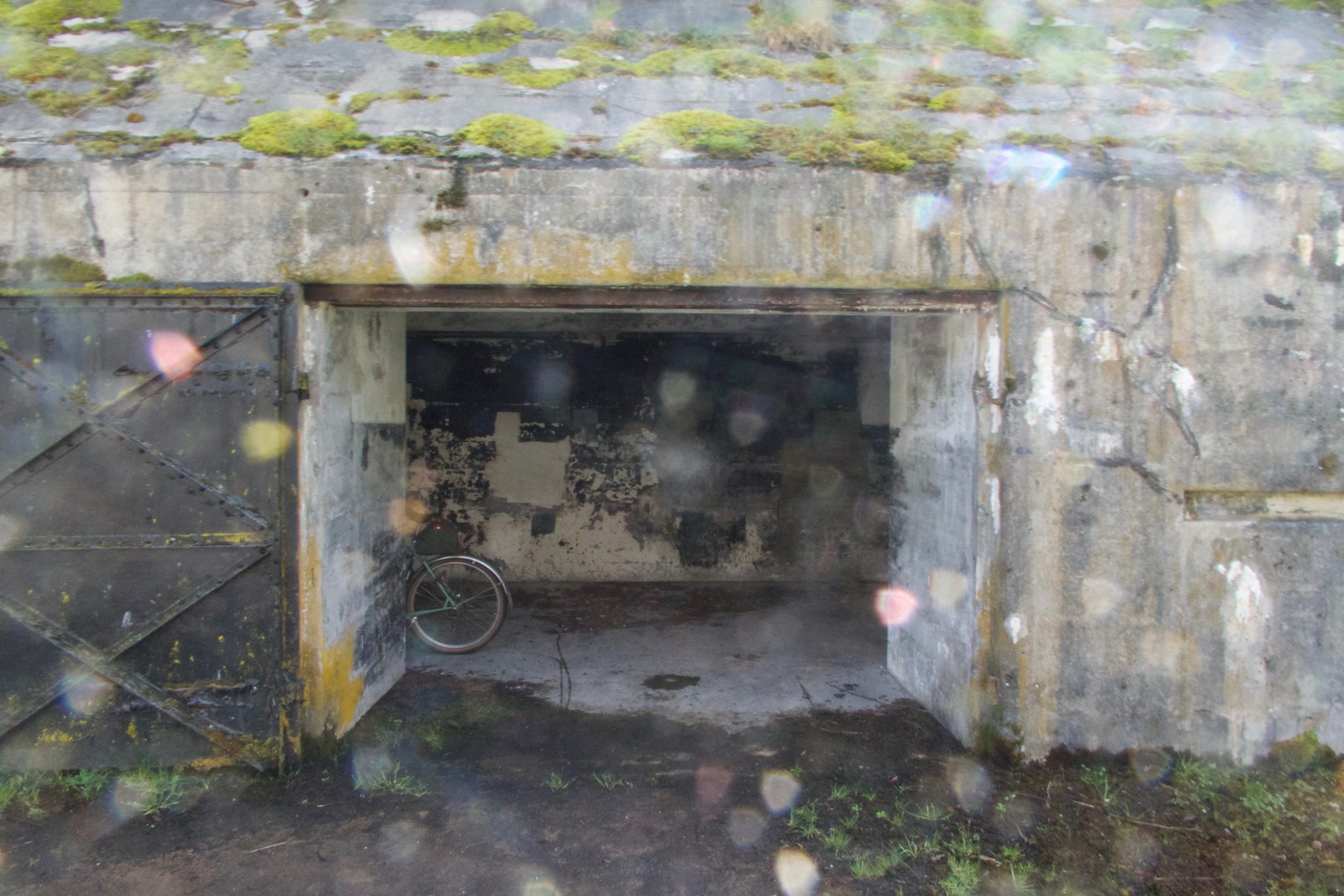 See all my photos in the photo album on Flickr.