I’d been planning an Overnight Camping trip to Fort Ebey for June 23rd since my previous overnight trip, which happened to coincide with the Swift Campout 2019. So I added myself to the roster for that. I did of course camp one day later than the “official” date, but I overlapped with it and was there all the way in spirit.

I put together the above RideWithGPS map for the campout, but it’s not entirely accurate.  It wasn’t really a there-and-back-again and I also did two sections on trails through the woods that were hard to get onto RWGPS. On the way out I rode through the Trillium Community Forest and utilized the  Kettle Trails by Fort Ebey on the way back. 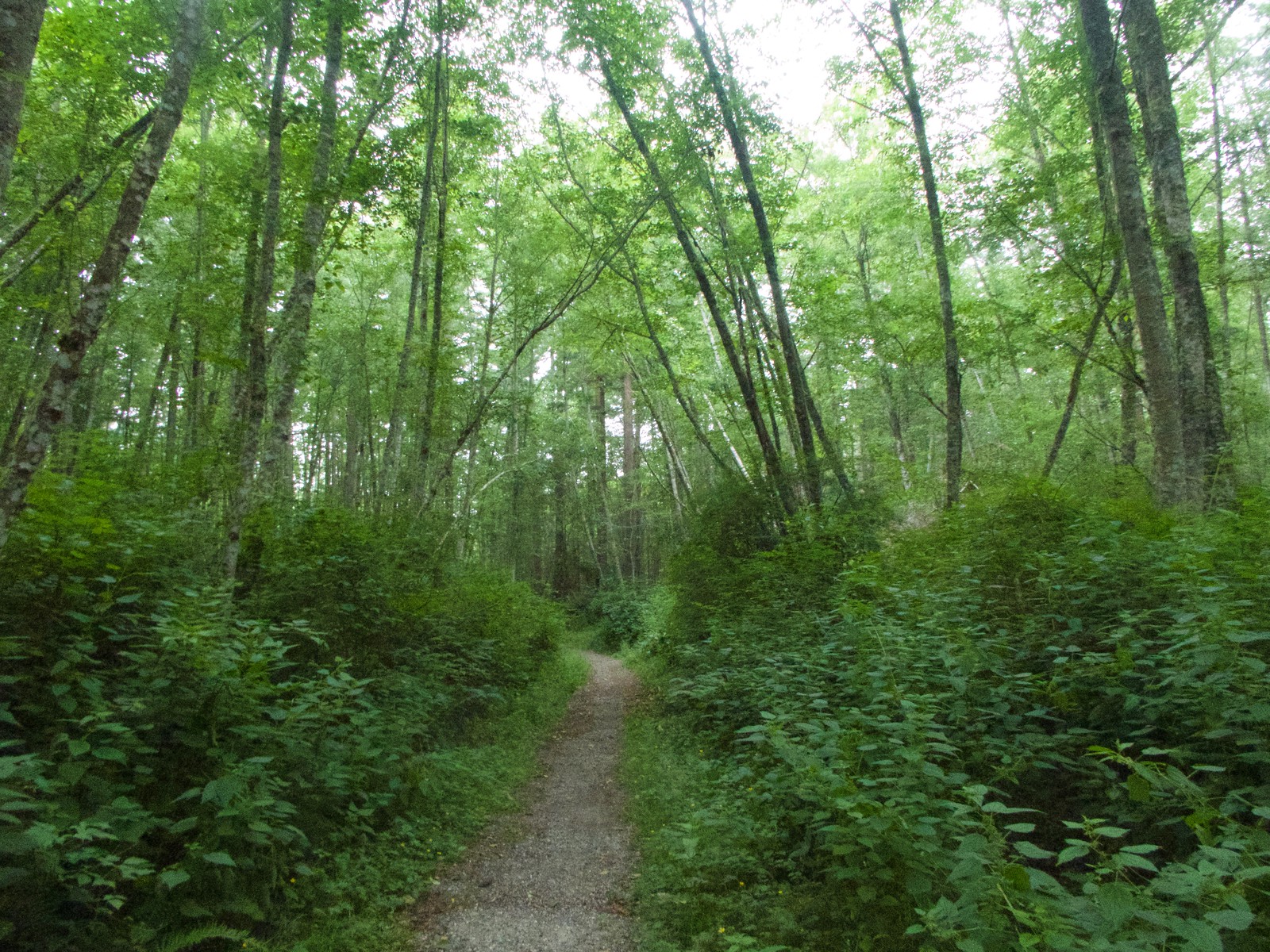 The Trillium forest trails are close to where I live and I’ve been riding them pretty frequently. You can use them to cut between Mutiny Bay Road and Smugglers Cove Road, which cuts out an out of the way chunk of the road. It comes out right outside of South Whidbey State park. The forest has a main double track dirt road through it with a bunch of single track trails looping around. Very nice to ride in the woods and nice and cool on hot summer days. 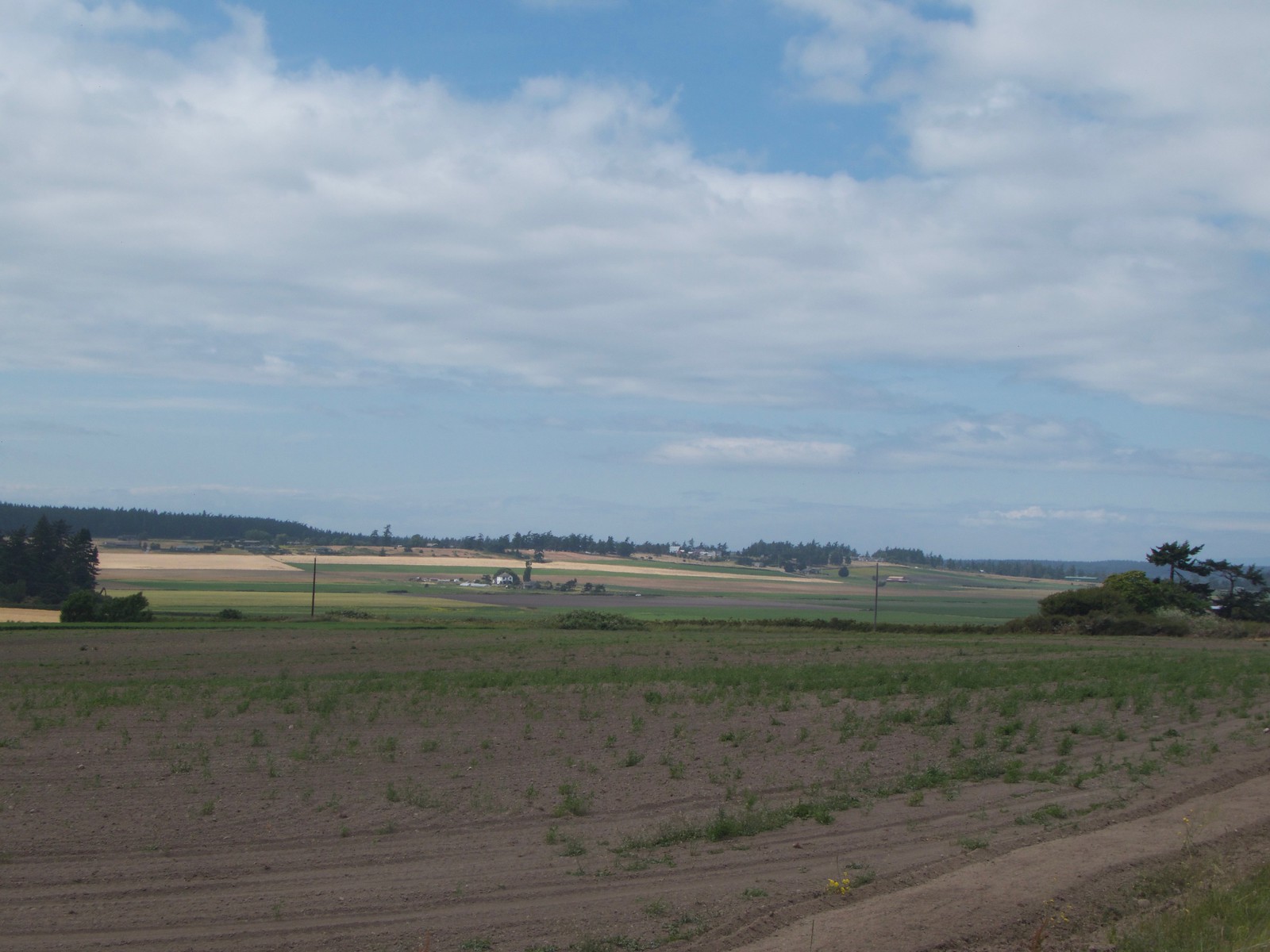 It was grey and just misting as I left Freeland but got sunnier as I went north. But also windier. By the time I was at camp it was quite a windstorm.  Fort Ebey is one of several old WWII era forts on the Island setup to protect the important Puget Sound shipping routes. It has a nice campground with hiker/biker sites and for an Island famous for it’s bluffs it has the best bluff trail. Along with the wind it was all ragged clouds and dusky sunlight. 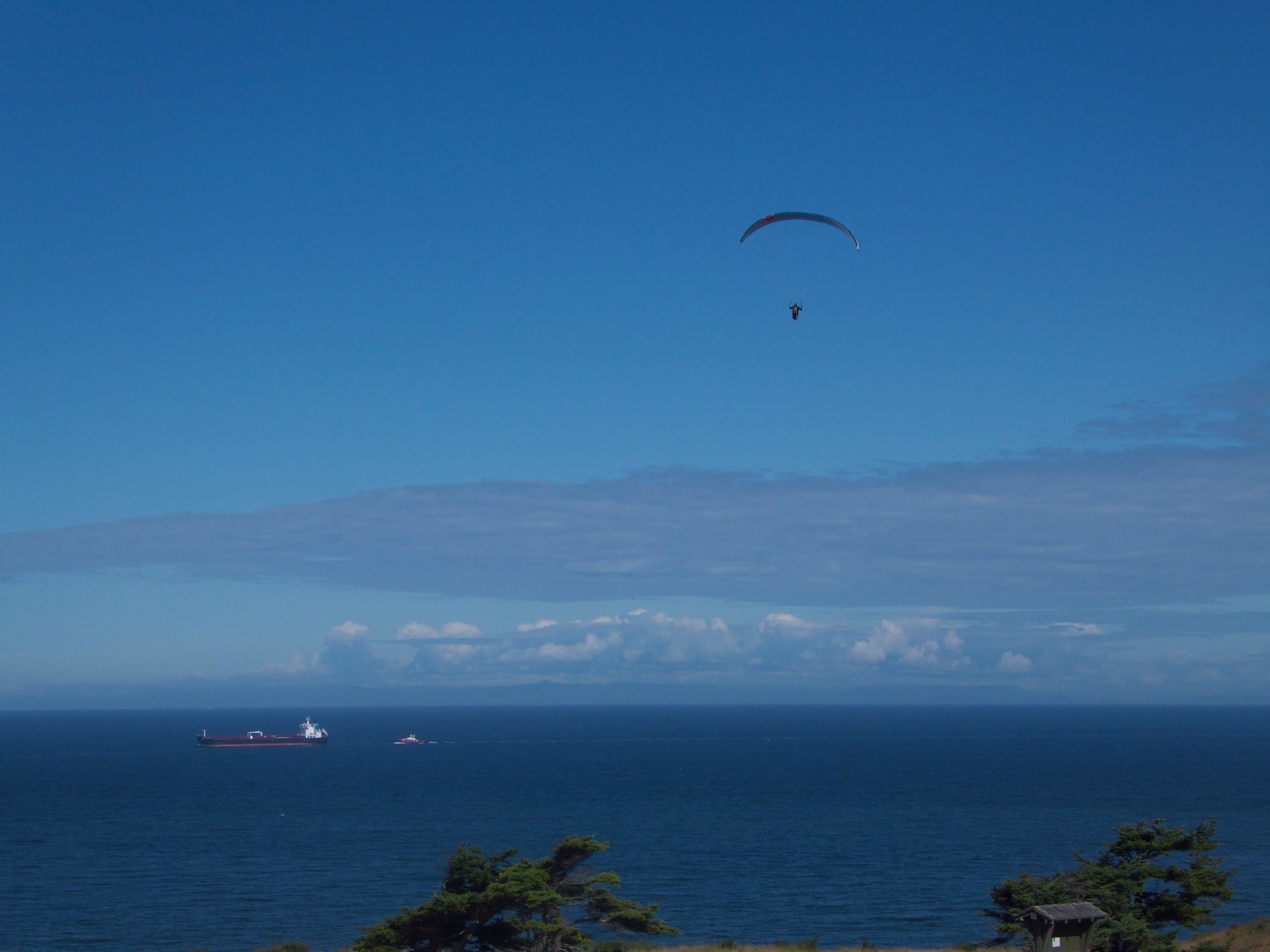 On the second day it was sunny with clouds again further south. Plenty of wind still, it was not at the level of the night before. I spent an hour or two walking along the bluff trail before I headed out. This time though I rode through Kettles trail to Highway 20.  This also has a main wide route that connects to the paved Kettles Trail by the highway but with tons of single track and wider trails that loop all around a fairly large area. I rode a number of the loops and even a bit of single track (avoiding all trails with “drop” in the name). Really nice riding, I need to get out here more often. 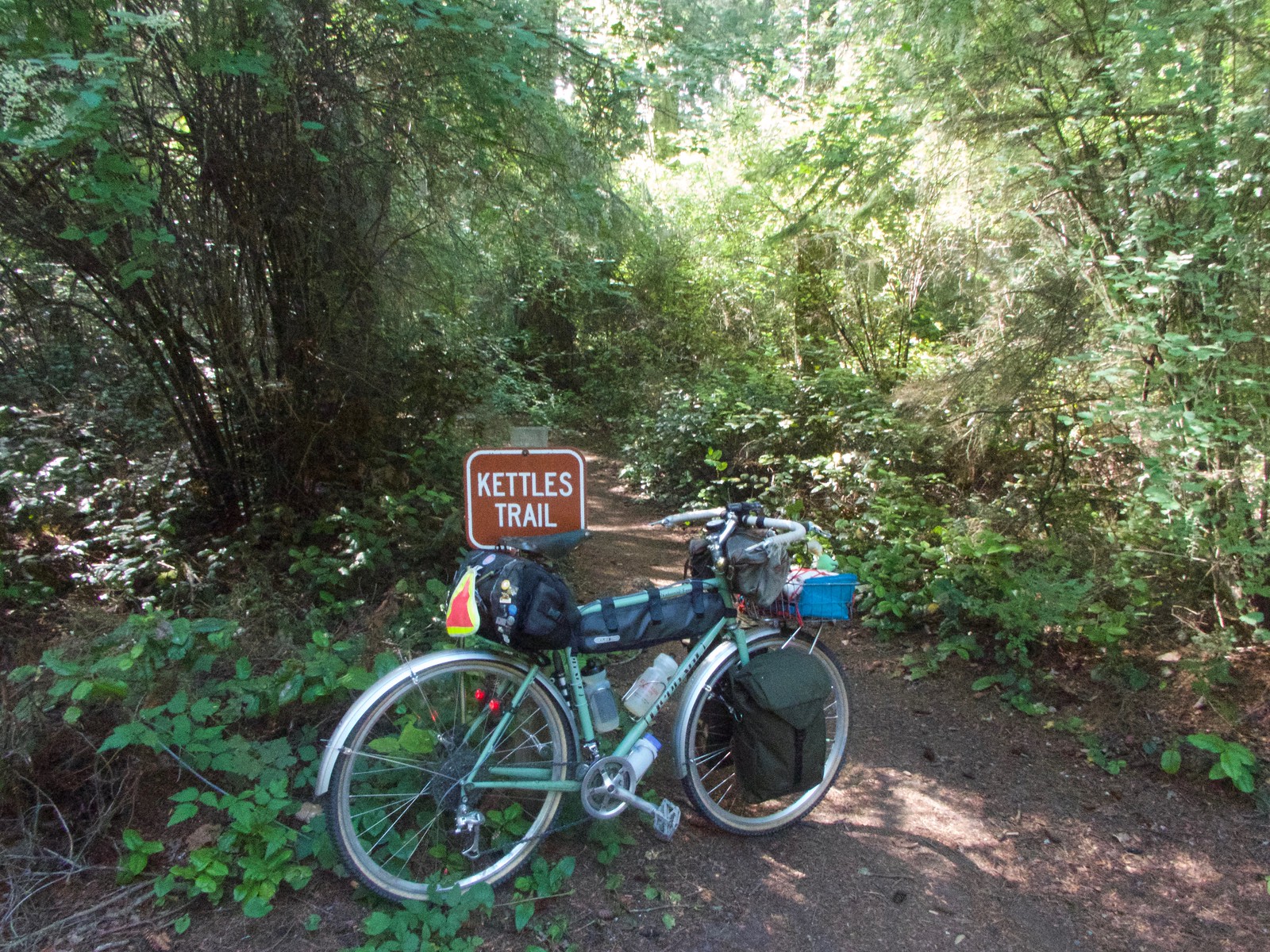 Finally exiting the woods I rode along the paved Kettles Trail to Coupeville where I stopped for lunch. Then it was a normal return route: first to the Keystone ferry terminal and then making my way back via hwy 525, Mutiny Bay Road and other side roads.  The clouds cleared up as I rode and it was a fine day of riding all around. Cooler at first and it never got too hot: just how I like it! 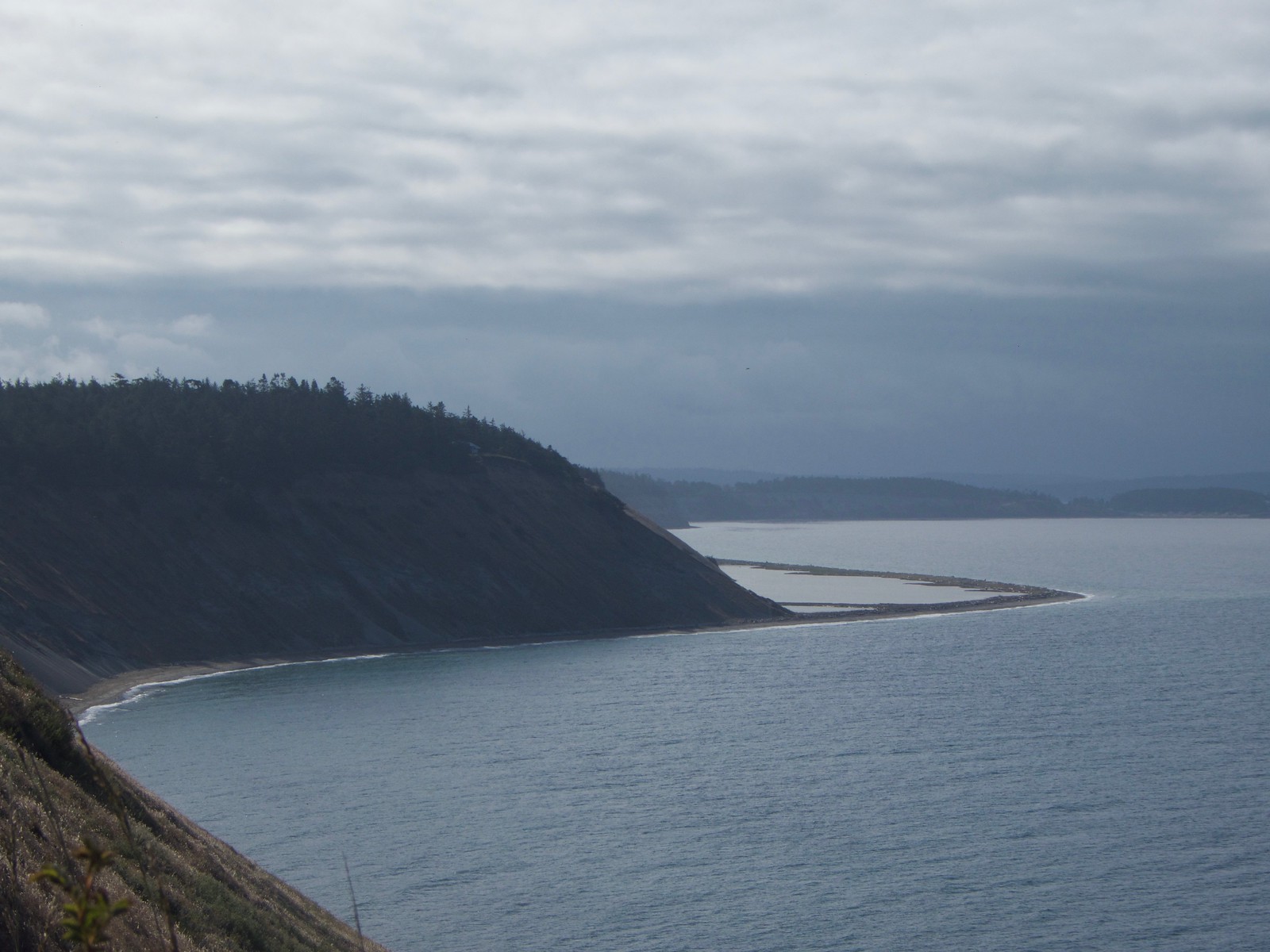 All my photos from this excursion can be viewed here: Fort Ebey Campout