It was a dry May with only a few days of rain and increasingly hot weather. This trend would continue into June though the first weekend would bring the traditional “June Gloom” which cooled things down a few degrees.  Still plenty warm for an inaugural 2019 overnight camping trip to Old Fort Townsend State Park. 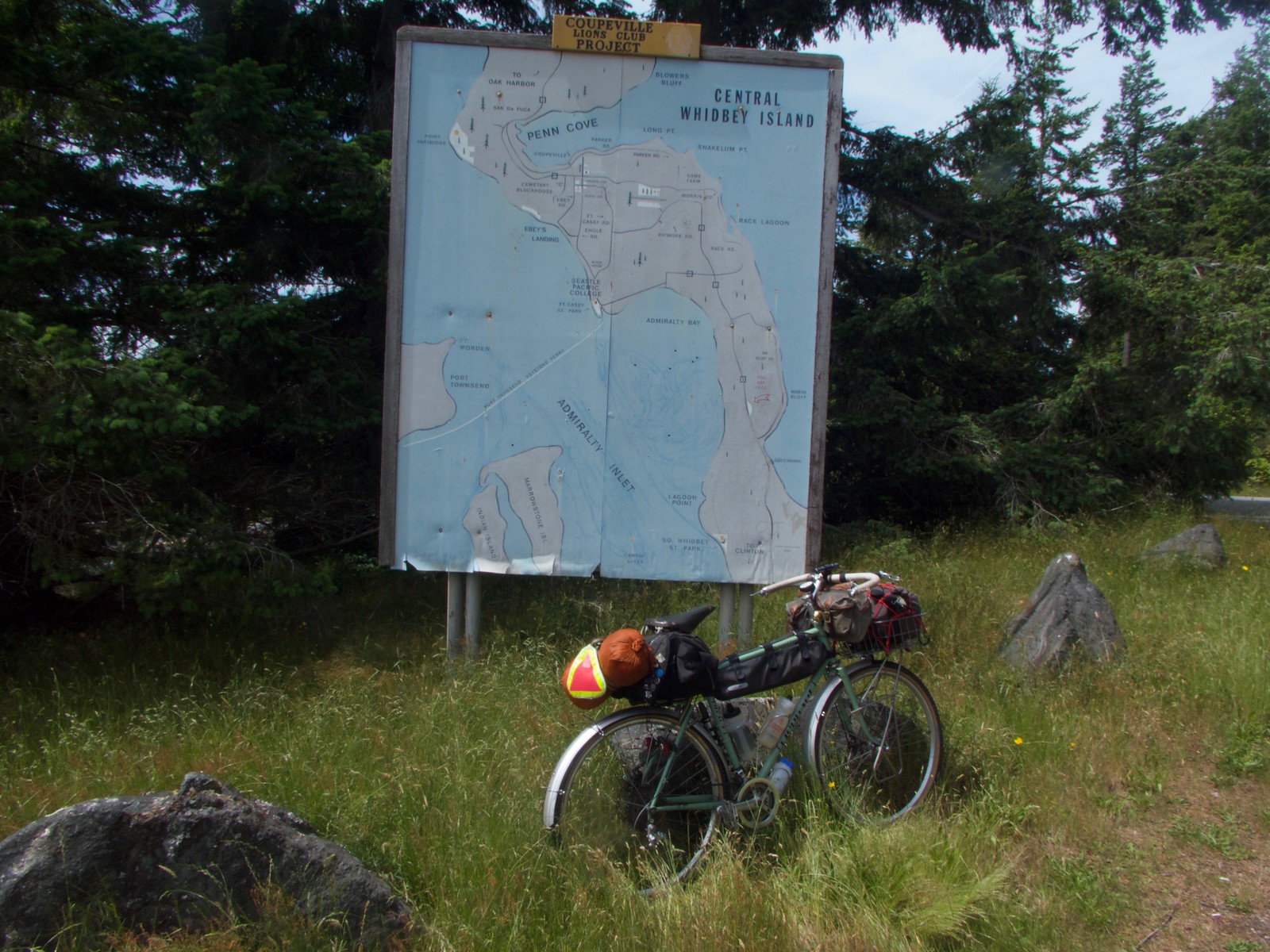 I set out Sunday right after lunch when it had warmed up a bit.  Since this was just one night and I was heading to Port Townsend I went with a light load packed just into my saddlebag and front basket and bag.  Too light it turned out, I had forgotten my sleeping bag!  Luckily I remembered this only two miles down the road though alas that two miles is nearly all downhill. I rode back up the hill home strapped my sleeping bag to the back of my pannier and returned to the road. 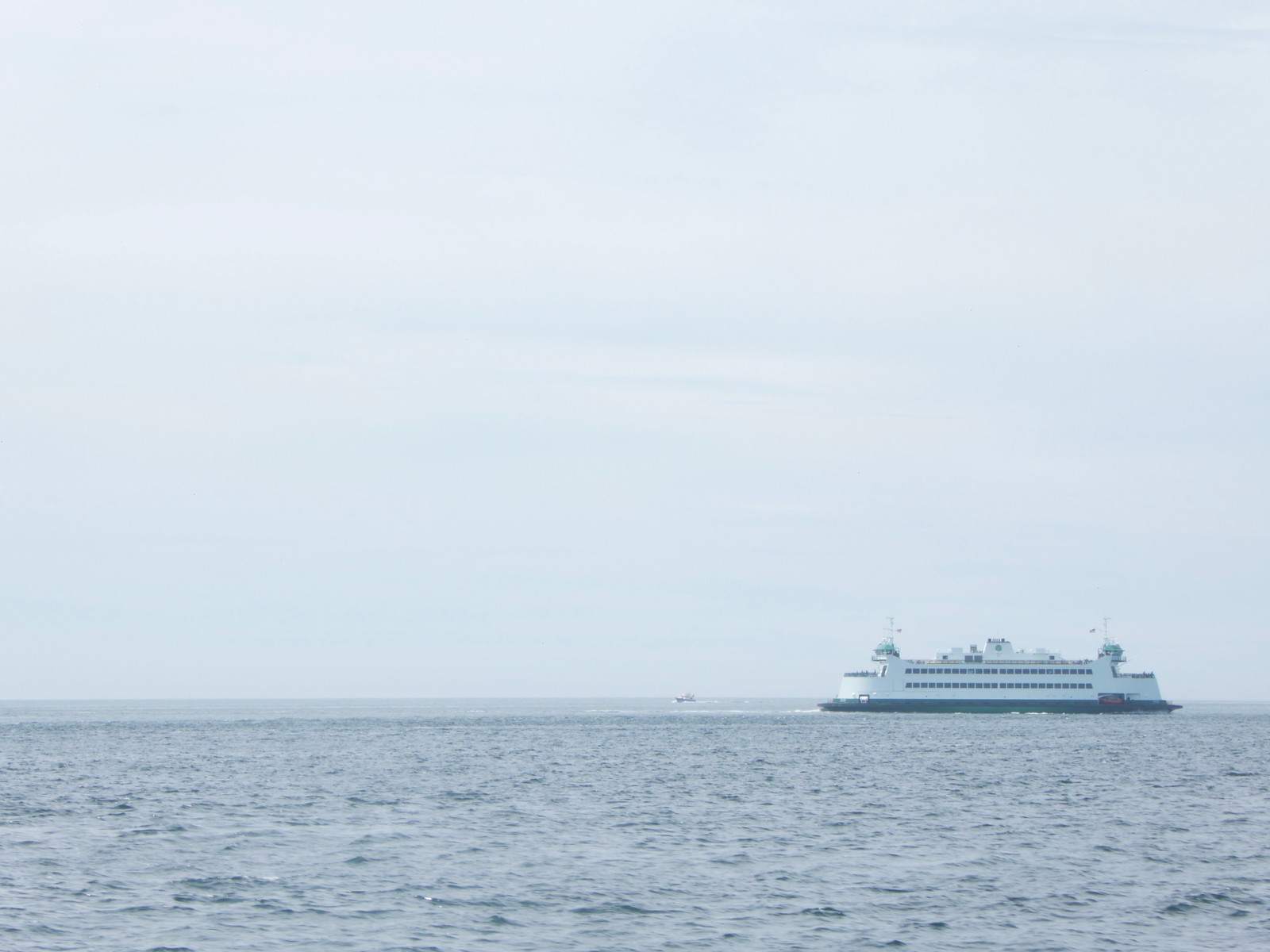 Things started out with a bit of a tailwind, which became variable and then an increasingly strong headwind. By the time I did the final flat mile to the Keystone Ferry Terminal it was a serious headwind. The ferry pulled in as I hit that last mile so I pushed it to make sure I’d make this one. 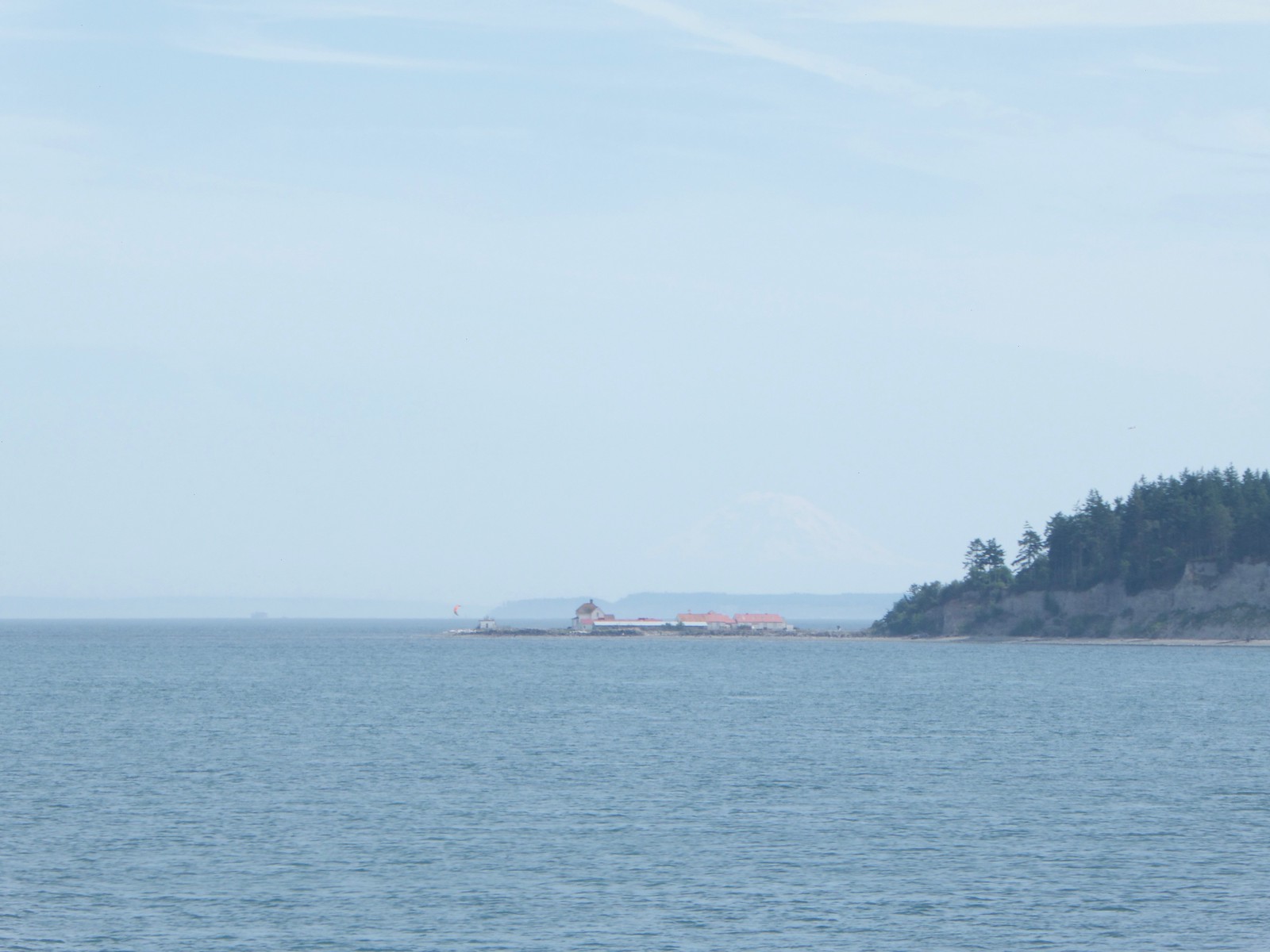 In Port Townsend I forsook the classic Victorian waterfront and rode directly to Old Fort Townsend. The wind was coming out of the West and as I rounded the point it was a slap in the face. Luckily the Larry Scott Memorial Trail quickly heads into the woods which provided a break from the wind. It’s a gentle but continuous climb most of the way to Old Fort Townsend, one I’ve done many a time.  I arrived late afternoon at the Hiker/Biker site to find it empty–as usual. I think of the half dozen or more times I’ve stayed here I’ve only once encountered another camper. 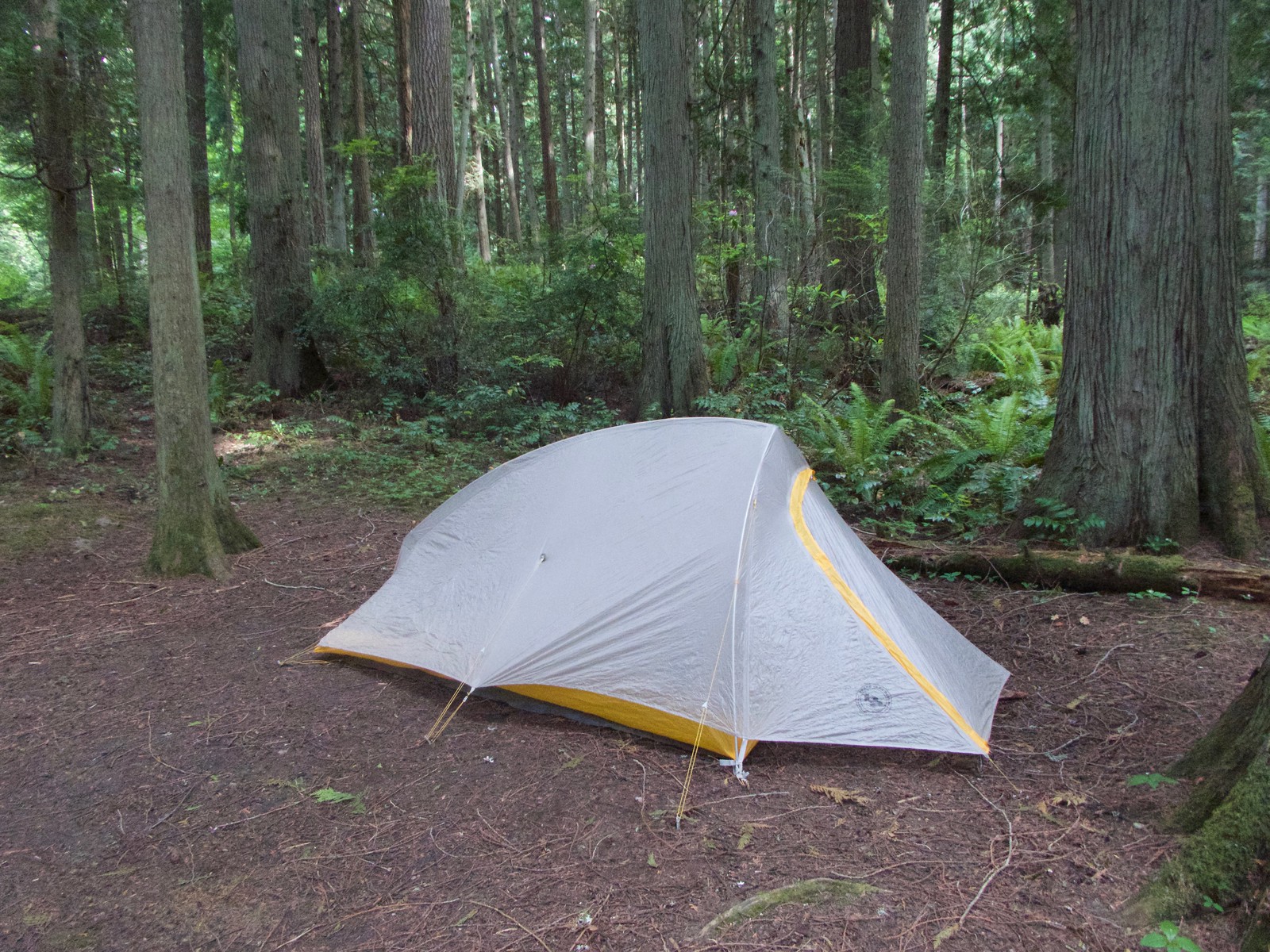 I setup tent, dumped most of my gear either inside or in the vestibule and returned to South Port Townsend.  I was going to either to the the Vietnamese Restaurant or the Thai as I had a hankering for noodles but found both closed. So instead I went to the always fabulous PT Coop and just picked up a few items from their deli. I took these over to a local watering hole and ate as I listened to a flugelhorn drifting in from the deck. I hung out for bit and then set out for for camp. The wind went from strong to brutal during this time and it was a real slog back to the campground. 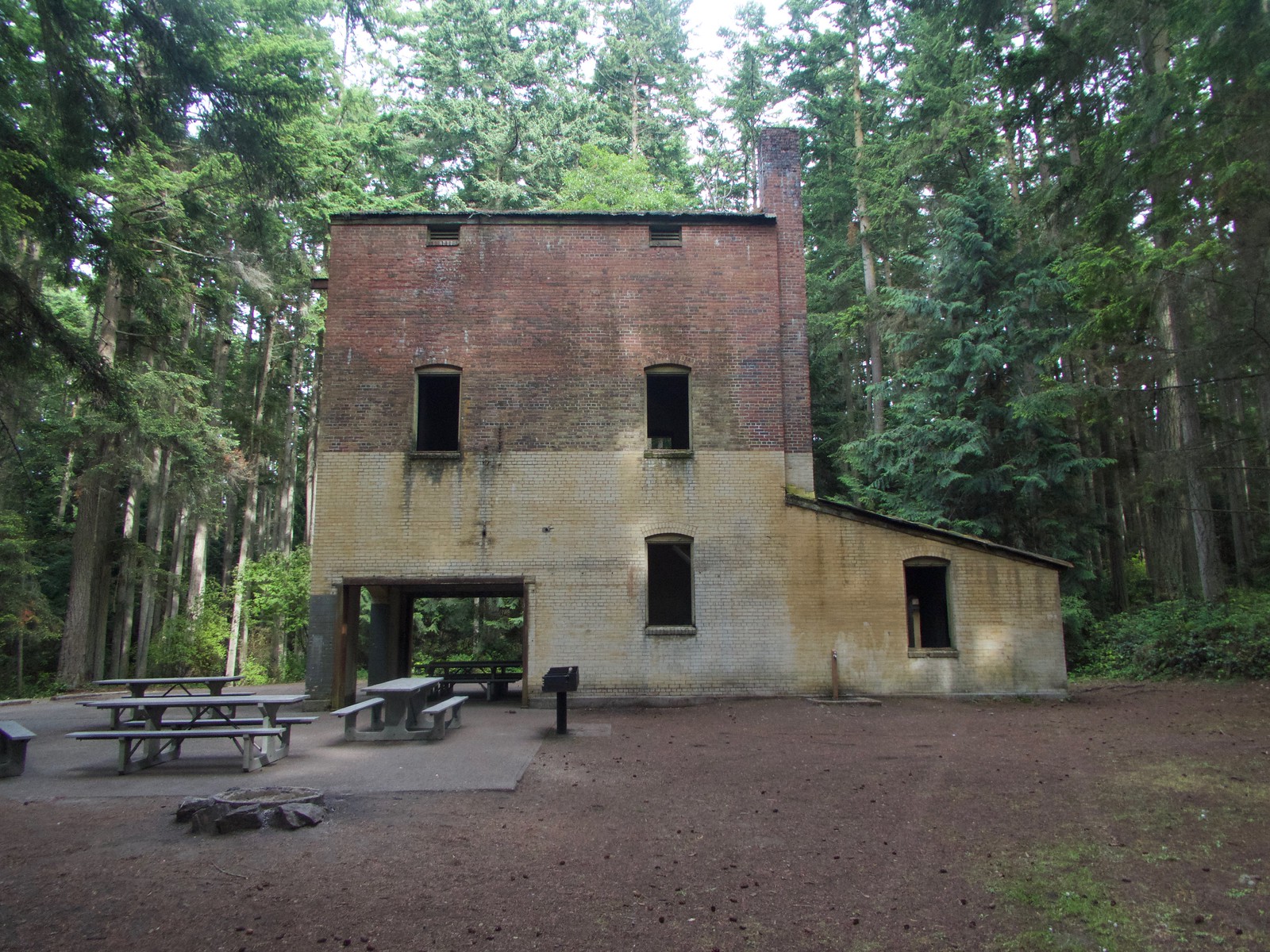 The day dawned fully overcast and chilly. I enjoyed my Monday morning lie in and breakfast in camp: I was in no rush as I packed up. As I rode out of the campground at the group campsite I noticed an old structure in the woods. All my times here I’ve never seen this. I rode into the group site (unoccupied) and found this old, building with a bit of a slaughterhouse vibe. It was being used as the shelter for the group campsite, but it had this huge inaccessible Tower. What is this building? 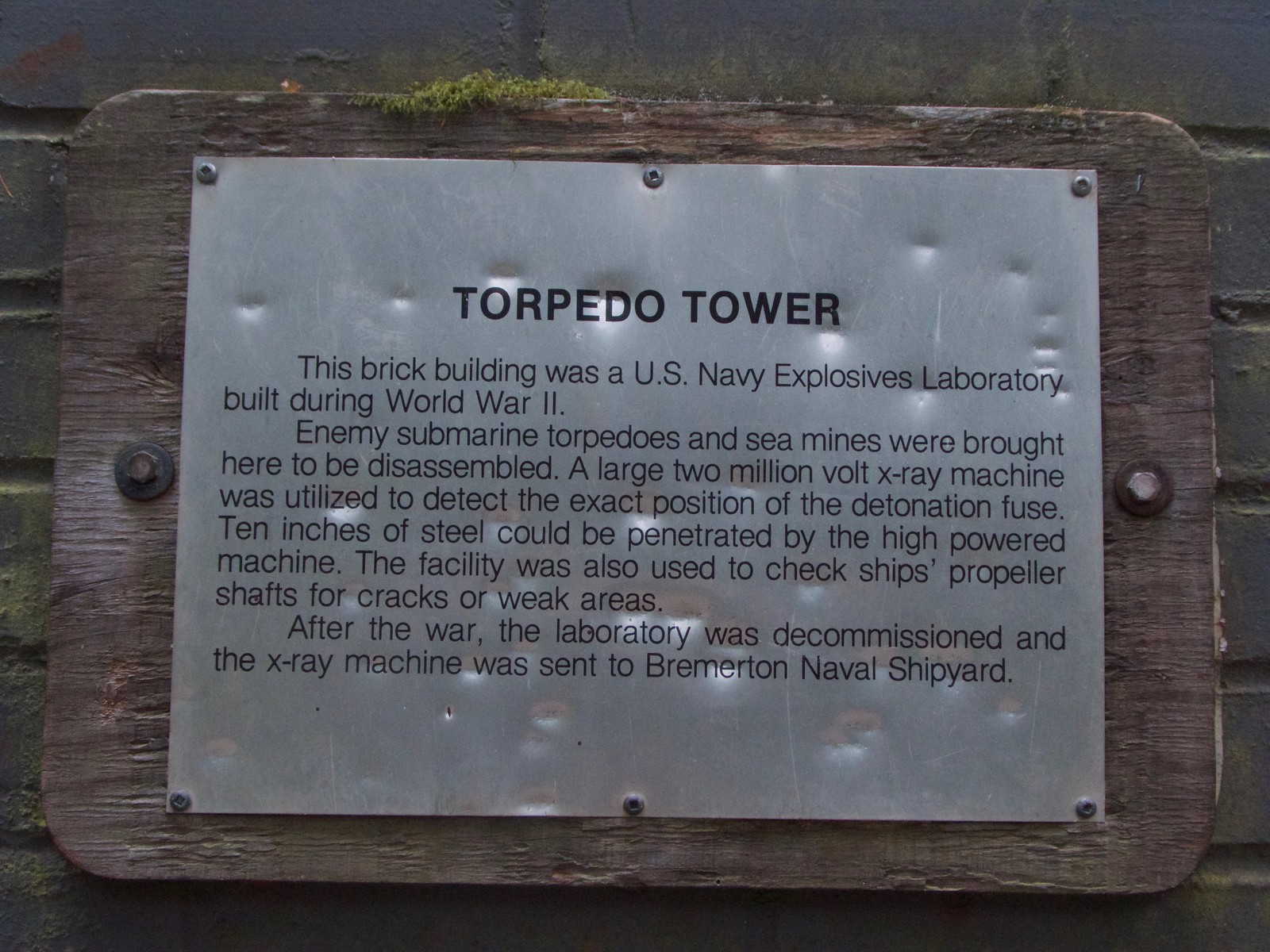 I continued on to PT and to one of my all time favorite coffee shops: Better Living Though Coffee. I spent the morning over coffee and the news until the crowds picked up. I wandered PT, checking out the shops and views, poking more around the side streets this visit. Eventually it was close enough to lunch for someone biking all day and I finally got my noodles at a Thai joint in town. 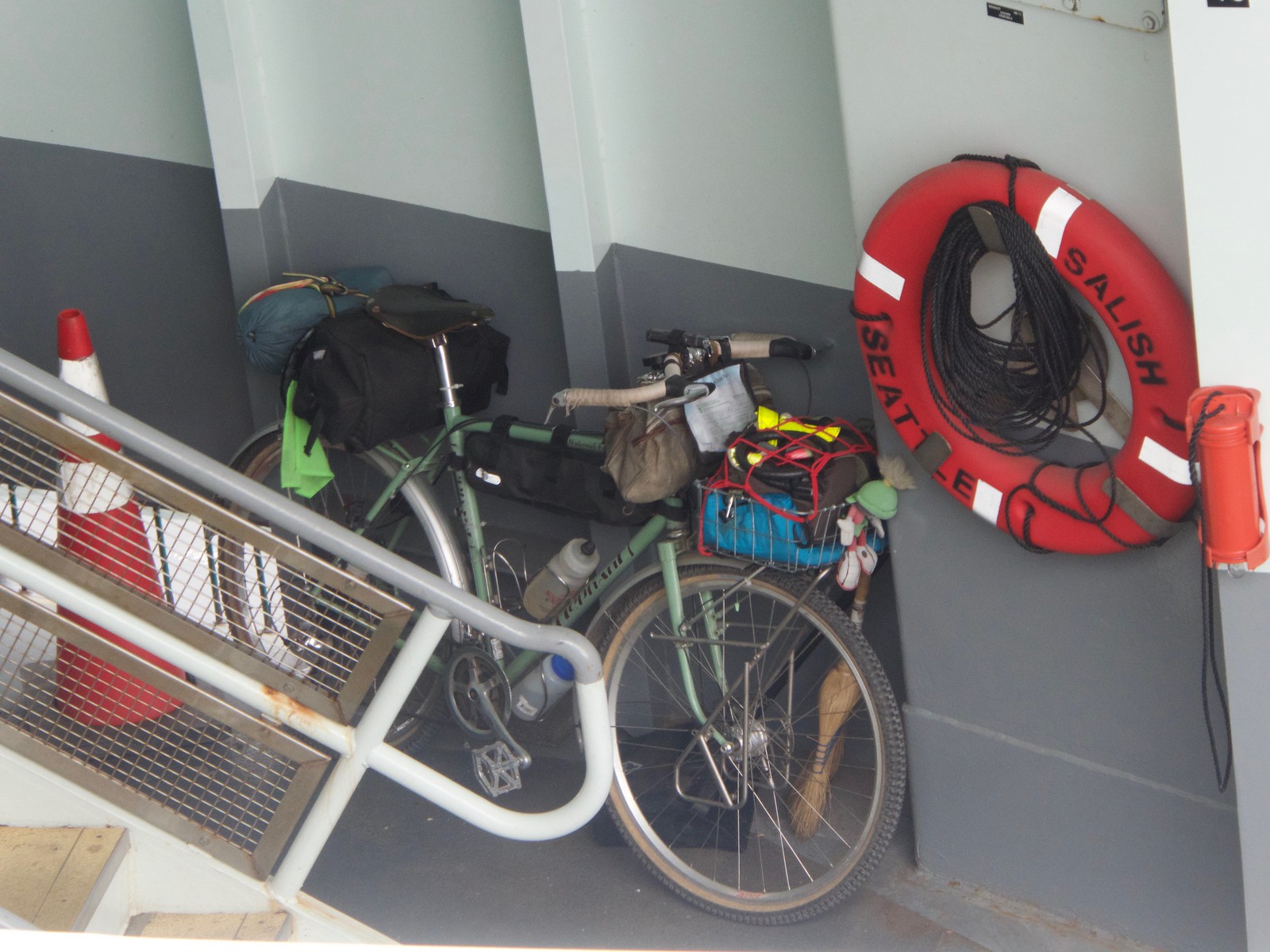 Back on the streets I saw the ferry pulling in and decided I might as well head out. So I made the 11:45 ferry and returned to Whidbey Island. It was still pretty cloudy and cool though there were signs of the clouds not being so thick over Whidbey. I removed my warmer clothes figuring I’d warm up soon enough from riding, if not the return of the sun. Both of these proved the case. As the sun came out the winds picked up a bit and as I went in and out of coves and around points I’d have a headwind or tailwind. The steady westward wind, mostly with me now, picked up as I neared home.  I arrived back around 2pm to a now mostly sunny day. 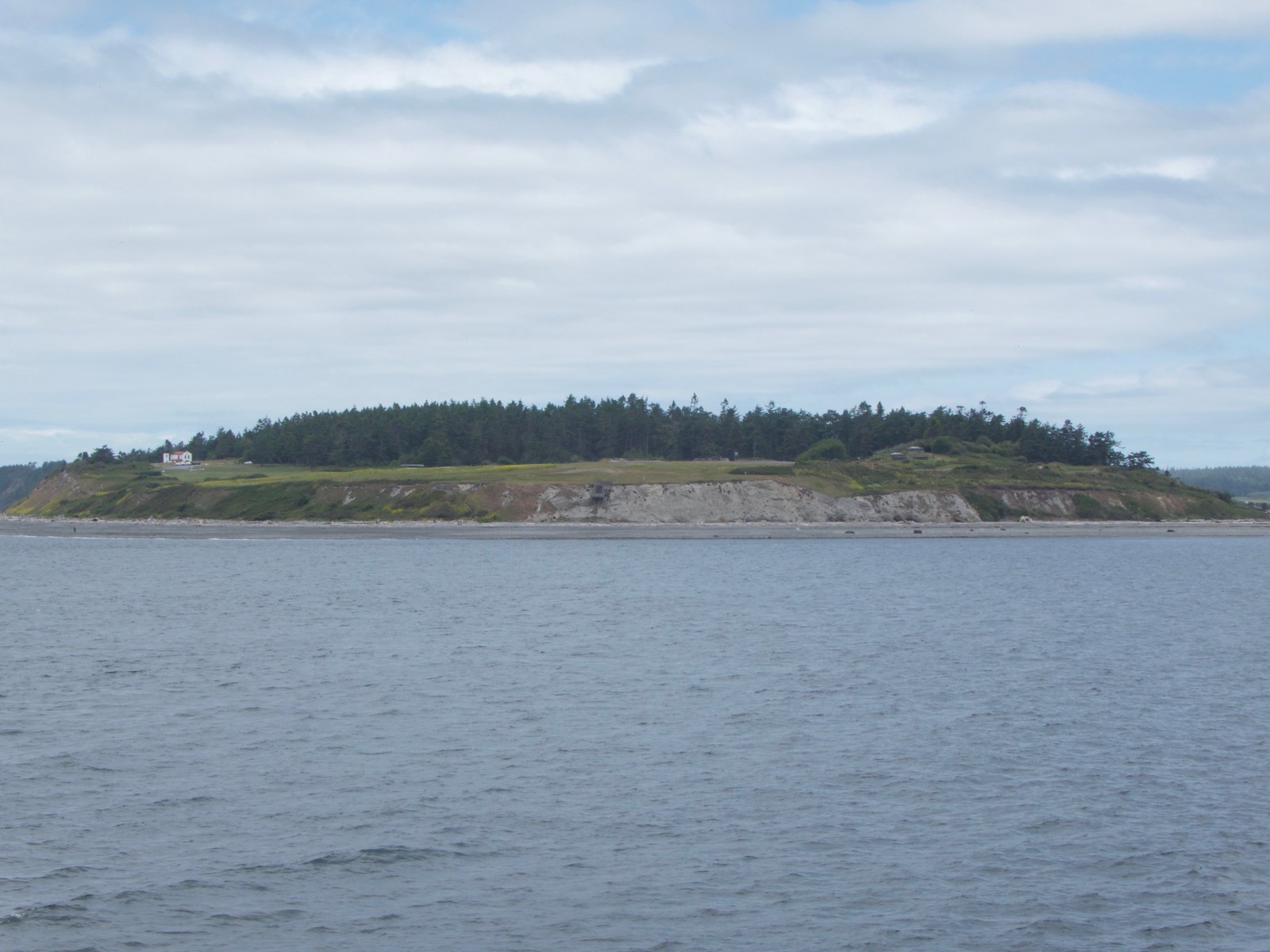 This was a really nice ride and camping trip and a good, if late start, to getting in some overnights. There are multiple places to camp on Whidbey proper that I will definitely be visiting over the summer and into the autumn!

See an album of pictures from this trip here: Early June Overnighter.