Late October 2018, returning early from a trip to the City I decided to go up Highway 2 toward Stevens Pass and look for a short hike. This is an area very familiar to me from my skiing days as Steven’s was a favorite, but I have never done much hiking off of 2. Like I-90 hwy 2 is dense packed with trails into the Cascades and the foothills as it rises from sea level to the pass.  Not having a lot of time I stopped at the visitors center in Goldbar and asked about short worthwhile hikes. Wallace Falls was recommended to me.  Now this is one of those classic “everyone from Seattle and Everett has done it” hikes but I never have. For the exact reason that it is so popular and accessible that it can be like standing in a queue up the trail. But in late October, mid-week? Not so bad. 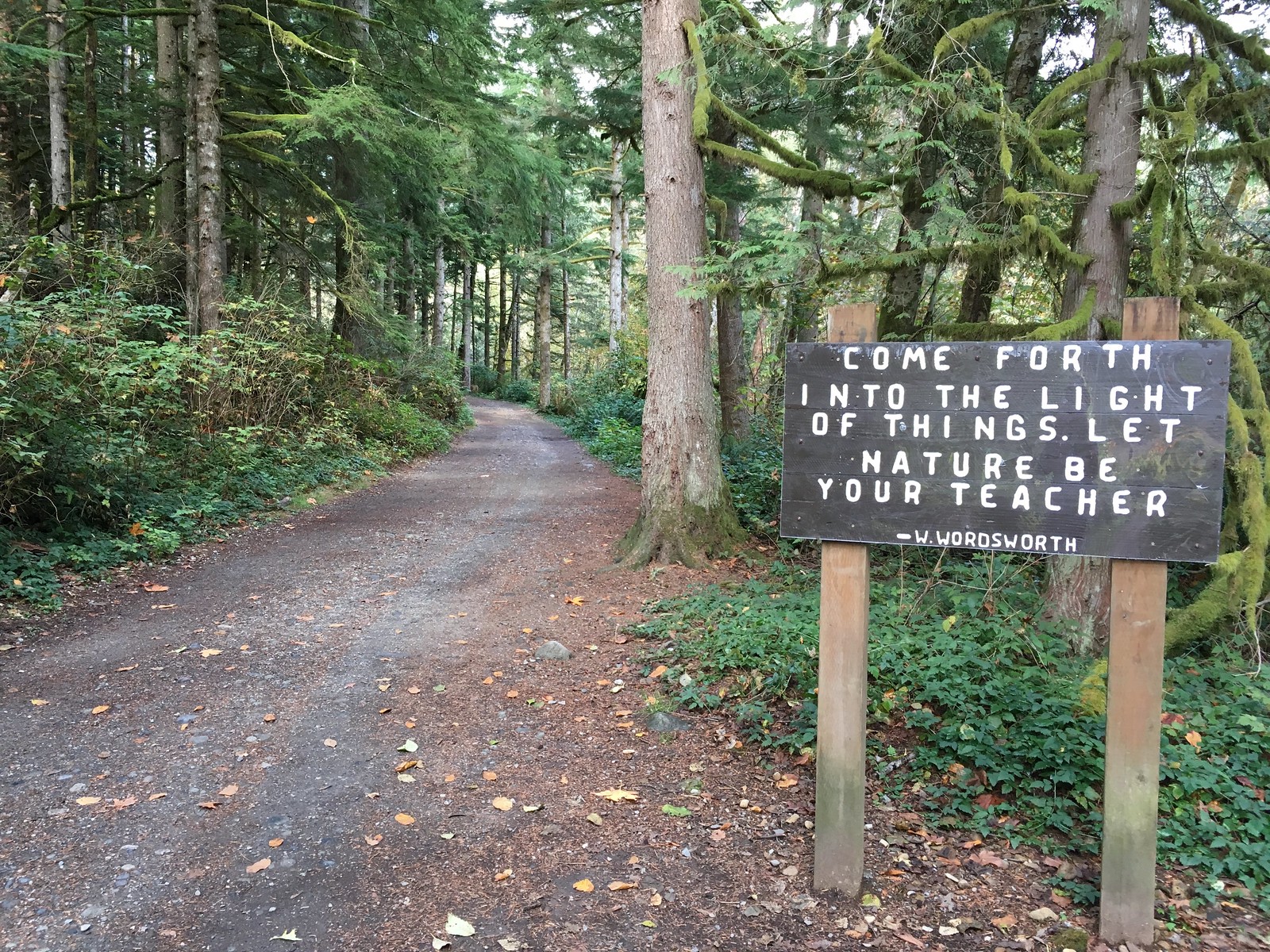 The trail is well used, evidence of the endless stream of visitors. Even mid-afternoon, mid-week there was still other hikers. But not many, and I was able to spend a lot of time alone at the various scenic overlooks. 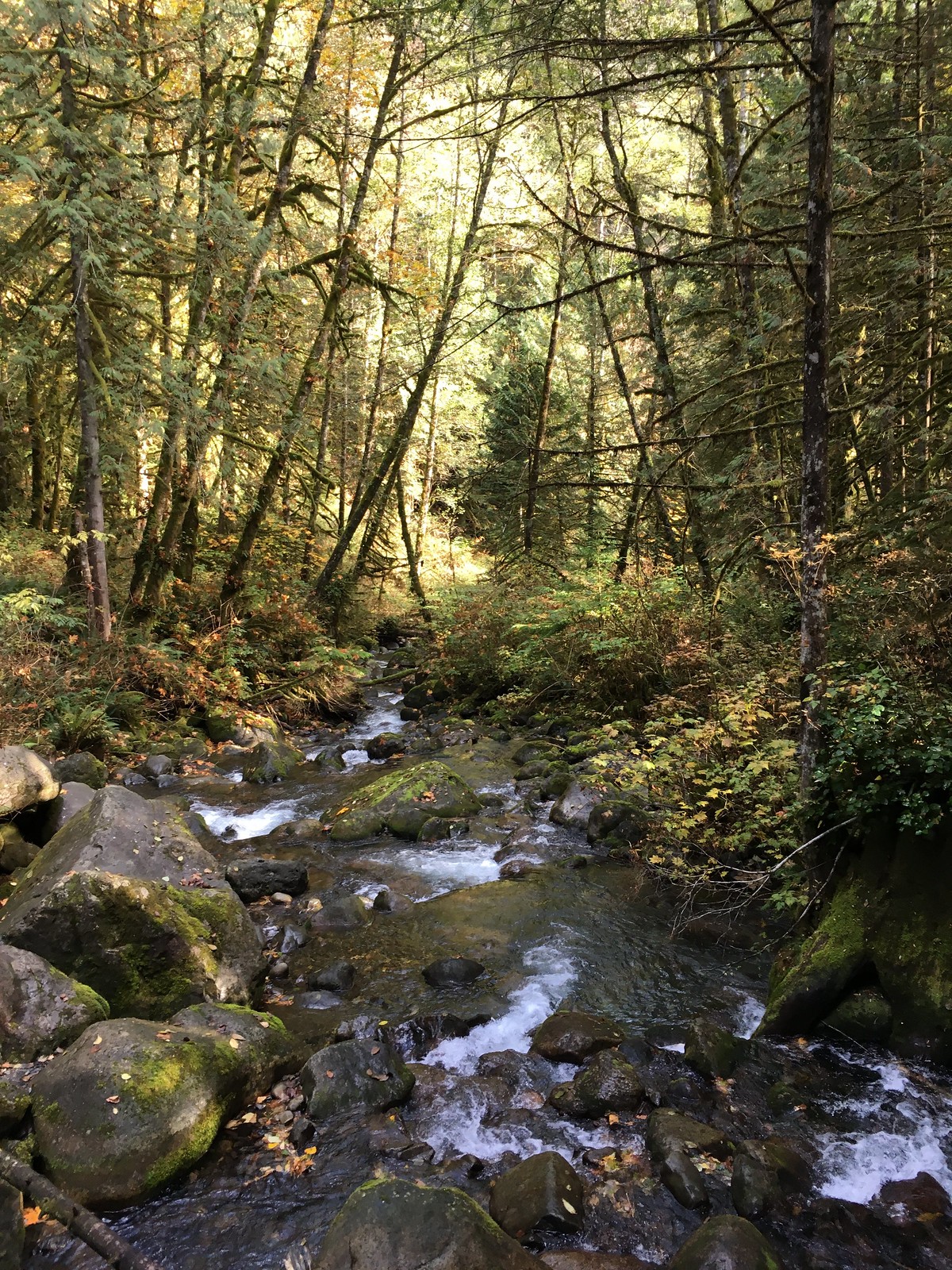 The autumn colors were really spectacular and the day had clouds strewn across the sky and rain further east and the light was reflected around and streaming through cloud gaps and it was just glorious. I only had my cell phone camera, but it sufficed on this day. 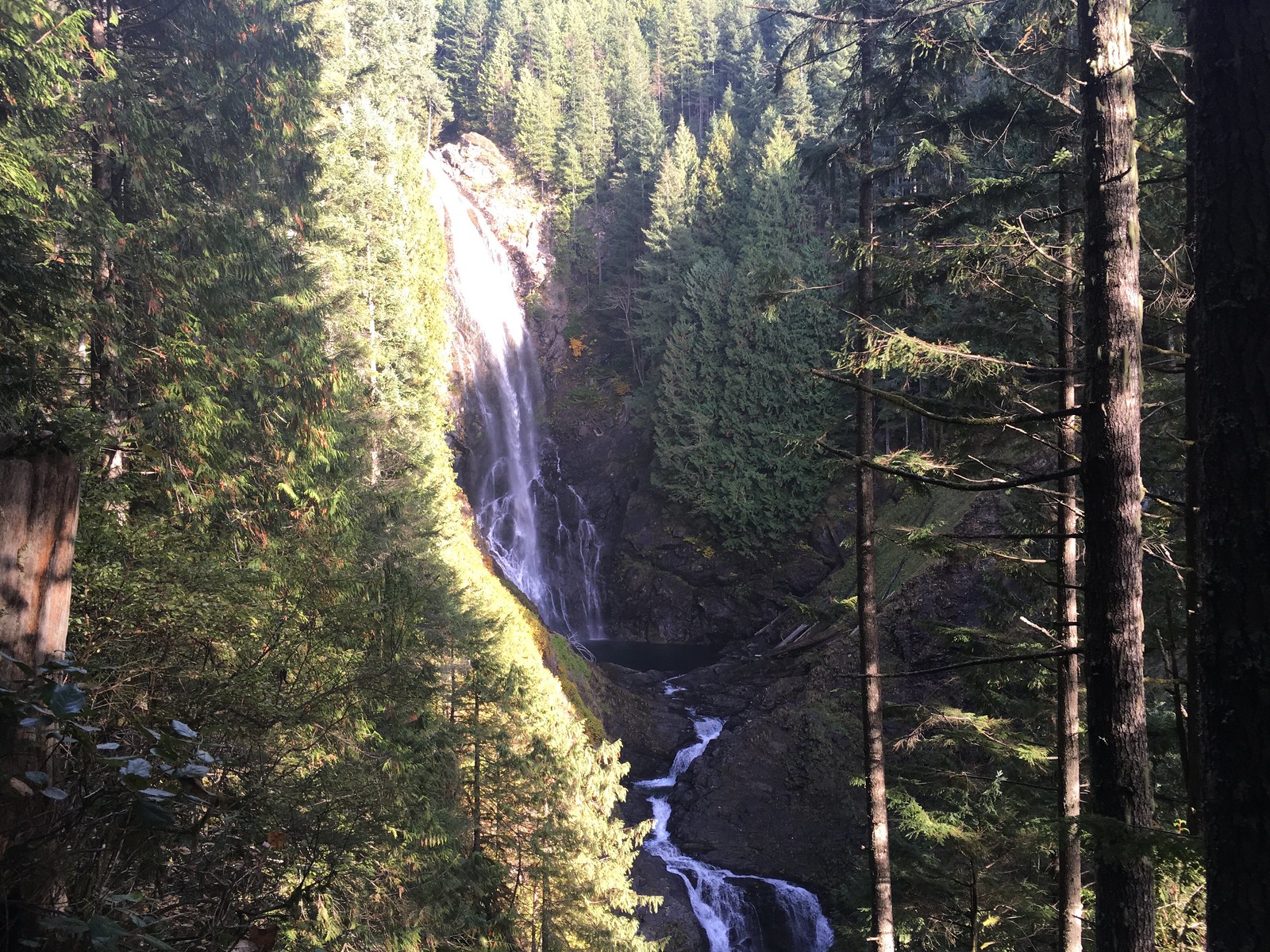 Pretty much climbing uphill most of the way, but nothing too steep and overall it was only around 2 miles. The falls had several plummets the main one a full free falling double waterfall. Happy I finally made it here. From the top of the falls you could make your way through a trail-less section to a railroad grade for a longer loop option. But the sun was setting and when bushwhacking it is best to be a bit more prepared than I was, so I returned the way I came. I’d like to come back and bicycle up that railroad grade sometime. It was a nice beginning to exploring more on highway 2, which is easier for me to access now that I live on Whidbey Island. 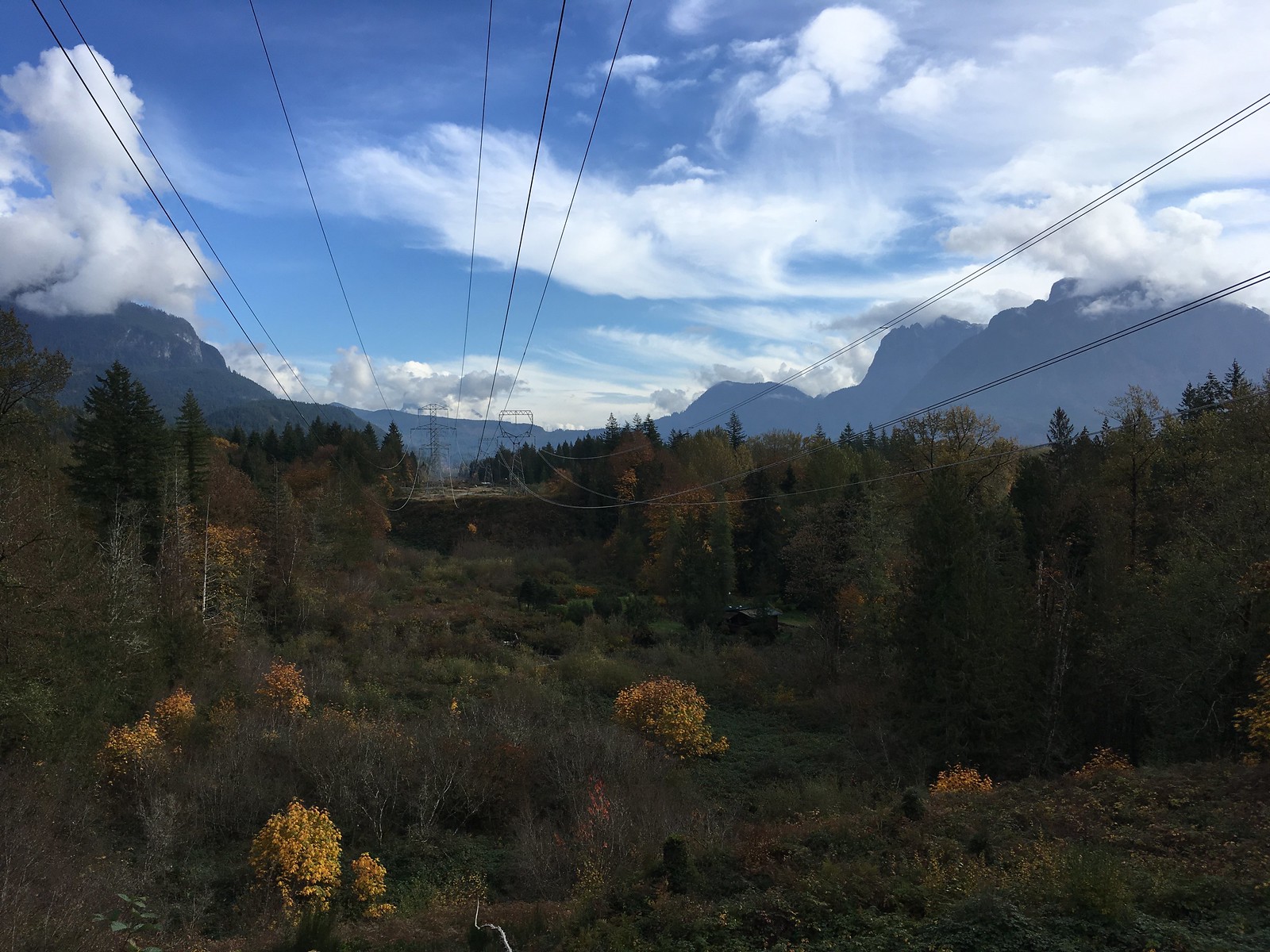 All my pictures from this hike can be found in my Wallace Falls Hike album.