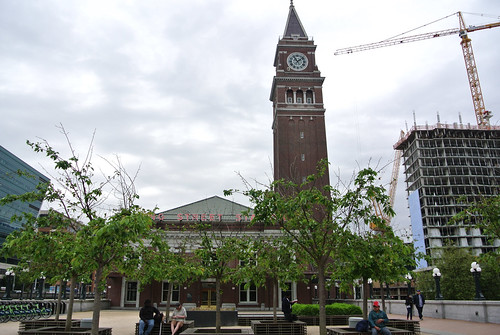 sunset—
tears shine in a frog’s eyes
too

I had to be back this afternoon so I decided I’d take the morning Amtrak Cascades train back to Seattle. To maximize my time I’d chosen to camp at Bayview State Park which is only about ten miles from the train station. The train left around 9am and I wanted to be there half an hour early so I got up pretty early and rolled out of camp by 7:30 am.  It had been a nice night overnight with a chorus of frogs and the nearly full moon. At one point inexplicably there was what sounded like an air raid siren for a spell. It was overcast this morning – the stretch of unseasonably warm weather had come to an end. 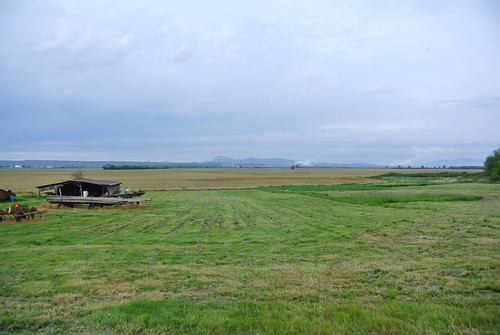 I rode across farmland in the Skagit Valley ending at Hwy 20 which I rode into Mount Vernon a pretty directly to the train station.  I was a half hour early and all I had to do was print out my ticket from a vending machine. The station was increasingly occupied and the people were appropriately strange for a train station: a weird religious nut going on and on about “there is only one sin” which seemed to be negative thoughts. An older man in full native garb came in with a teenager, bought an energy drink from the vending machine and then went into the main (and quite full now) area and began chanting and playing a drum. The train was late of course but not by too much. I had to quickly remove my bags and hand it off to a porter to “roll on” to the train. I was then able to just sit back and enjoy the couple hour ride into Seattle. 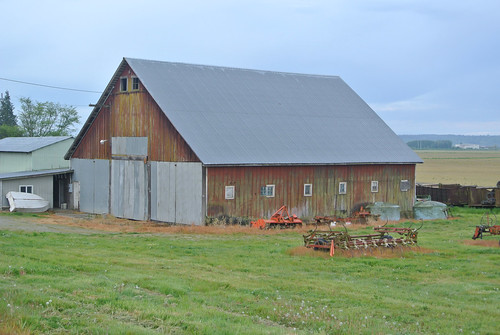 I sat across from a teenage who sat with his feet up on the seat next to the window the whole time, so I went up to the cafe car for most of the trip. When I first arrived there a girl who must have just been over 21 bought an Irish coffee and something like a rum and coke. Breakfast of champions! I spent most of the trip going through photos, updating the blog and looking out the window. There was some nice sections along the coast from Everett to Mukilteo and then into Seattle.  Mostly though it was to the east of I-5 in the flats before the Cascade foothills. We arrived in Seattle a bit before 11am and I got my bicycle out, put the bags back on and then rode my usual route back home. Was there before noon!