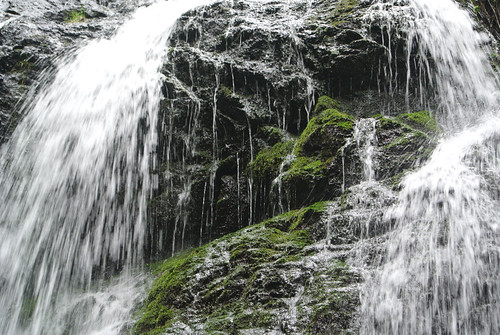 in hazy night
stepping into water…
losing my way
-Issa

It drizzled a bit overnight but by the morning it was dry and grey. As I noted earlier the ferries weren’t really conducive to maximizing my time on Orcas and still getting to the next campground. I had the options of leaving around noon or around five. Three or so would have been ideal, but what can you do?  I was able to do one short hike in Moran State Park this morning to check out Cascade Falls.  A lovely waterfall with the smaller “Rustic Falls” along the way and if I’d been able to spend a bit more time two other cascades.  But time and ferries wait for no man and so I limited myself to the pair of ‘falls and was soon enough back on the bicycle. 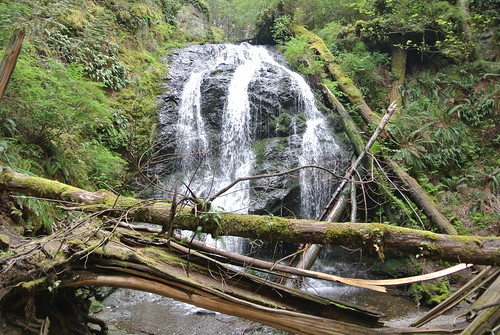 It was all downhill from Mountain Lake to Cascade Lake and there was a bit of a climb out of the park.  But most of the way back to Eastsound was downhill or gentle rollers.  It was a lot more effort to get out to the park!  Thus I made it into Eastsound in short order, with enough time to stop for coffee. I also visited the Coop to get some lunch supplies as I’d be on the ferry lunchtime.  Then it was back on the road again.  Once again it was less hilly then the way out, but still this is the San Juan Islands, so hilly.  The clouds were beginning to break up at this point and it was warming up.  This morning was the only time this tour I wore my leg warmers and it was only for the morning. 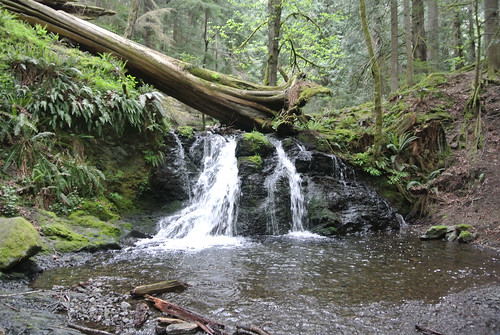 I made good time to the Ferry which turned out to be fortuitous as I’d misread the timetable and had missed an earlier ferry.  So I managed to catch a ferry a few minutes after arriving and this one didn’t stop at Lopez.  It was a nice relaxing ride back, now mostly clear and of course scenic. I spent most of the time indoors this time, eating lunch and just watching out the window.  We arrived at Fidalgo Island a bit after 1pm and I figured I’d do some riding on the island before heading into Anacortes. 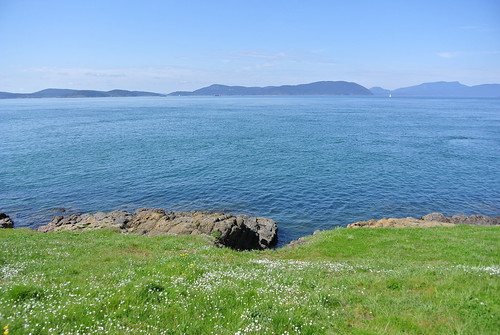 Since I was right there I decided I’d ride around Washington Park. This park is where the campground I’ve stayed at a few times recently is where I of course spent many hours in my youth.  It is of an age where of course they’d have to build a road around the whole thing so that it can be driven. The road though is about as wide as a modern bicycle path and at least on this day there wasn’t much traffic. Being right on the edge of the island there was of course plenty of great views. It was a bit windy but warming up and I spent a good amount of time at several lookouts.  Even did a short hike to the memorial for T.H. Havacost who dedicated the land for the park. I’m Sure I’ve seen this before but can’t really recall it. 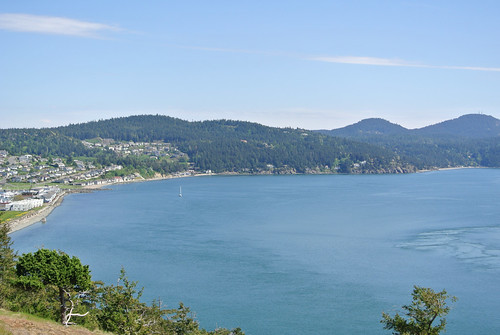 Eventually I left the park and it still being fairly early took a longer meandering route back to Anacortes. Always interesting for me to ride on the island and see all the further development.  Sad at times, what with overdevelopment, but some really nice changes as well. The whole preservation and development of the Anacortes Community Forest lands is truly a great thing. Anyway I made my way into town as school was getting out and feeling a bit burned by the sun made my way to the library where I enjoyed the cool air and the wifi. 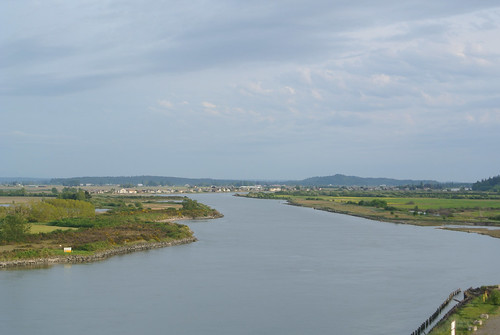 I had dinner in town and thus with no need to cook in camp my my way in the setting toward the mainland.   I took the Tommy Thompson Parkway out of town across the trestle and to March Point. From there it was a pretty much due east to the Twin Bridges then down to the Skagit Flats. Its a flat couple of miles to Bayview State Park would I would camp on this evening. There was a decent amount of RV-ers there, but its a good sized park, recently expanded and the back loop was empty. I was able to find a nice secluded “economy” site which can be used as hiker/biker sites and quickly setup. I made my way to the beach to catch the last of the sunset. That night a chorus of frogs serenaded me to sleep. 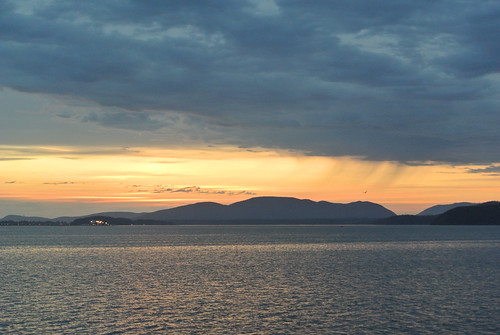