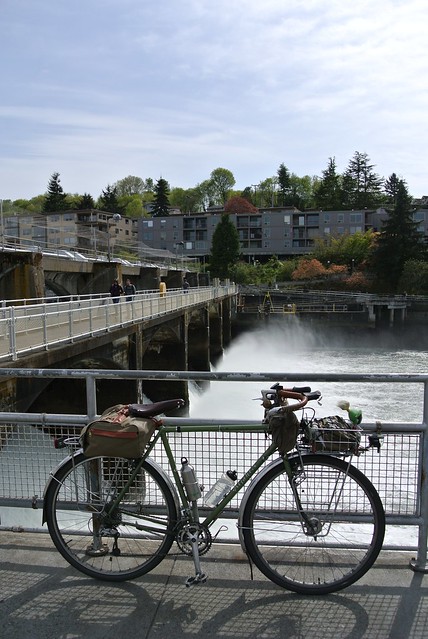 It’s rare that these two significant holidays occur on the same day but instead of celebrating either I went for a rambling ride along Seattle waterways. The weekend had been rather grey and rainy and Sunday was expected to be similar but with that spring like character of occasional sun breaks. I’d been hankering for a ride as I’d spent the last weekend (which, of course, had been the nicest of the year to date) sick and was still feeling a bit weak and tired from that. When I got out of doors it was warmer than expected and while grey it was those high thin clouds the sun burned through. 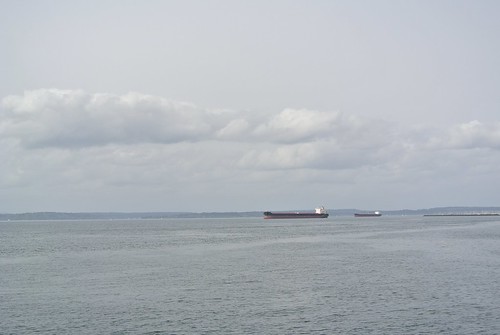 I rode through the ID and down to the Seattle Waterfront. The waterfront is under a huge amount of development with the former viaduct being torn down, a tunnel built under, the seawall being replaced and a park built downtown. Considering it’s a massive tourist zone makes for fairly chaotic riding. I stuck with riding on Alaskan Way except for a few bits where I was directed onto new Bicycle/Walkways.  It being Sunday morning and Easter/420 it wasn’t all that bad. So I headed to Elliot Bay Trail at the entrance by the Olympic Sculpture Park. 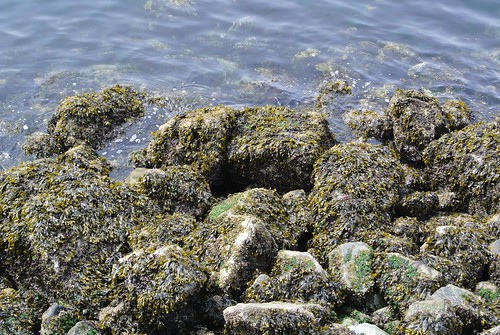 I’ve ridden this trail many times but this time as I neared the end, where I was going to begin a loop around Magnolia, I decided to do a clockwise loop instead of the usual anti-clockwise.  So I hung a left on a spur on the trail and noted that it had an extension to Smith Cove Park. Well I’ve never ridden this section before! This turned out to be a fairly short stretch (less than a mile for sure) that wended around the rail yard on the east and a bluff on the right to this little park tucked in-between the industrial waterfront and a marina. I hung out at the park for a bit taking photos, reading and relaxing. The little park was empty when I arrived but three other bicyclers arrived whilst I was there. 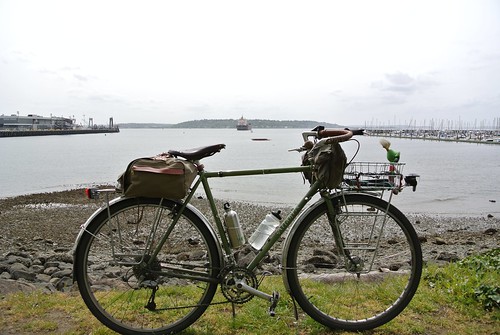 Not yet disappeared
like a dewdrop
on a blade of grass,
I am still in this floating world,
moon in the morning.
-Ryōkan 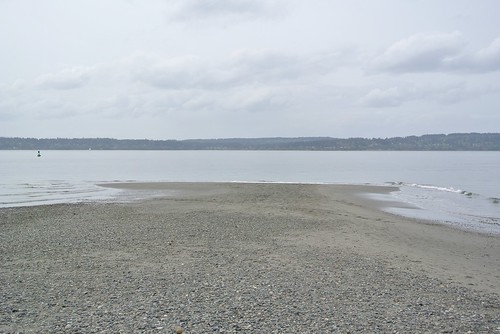 From Smith Cove Park, I rode down to the marina which also had a little park there and then I rode back on the Elliot Bay Trail spur and then took the exit for a clockwise loop around Magnolia. This begins with a nice climb up that bluff I’d just been under and then it was gentle ups and downs most of the way around to Discovery Park. 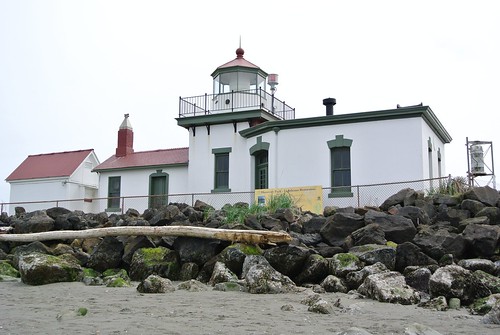 I rode through Discovery Park and then made my way down to the Lighthouse. This is down a narrow, steep road which always promises a nice slog up from the shore. Down at the beach there was more people than I’d seen so far, but the holidays I think kept it from being too packed. I spent a good bit of time on the shore, enjoying the pleasant weather and being on the water. I walked around the lighthouse and then sat on a log and read and watched for a spell. 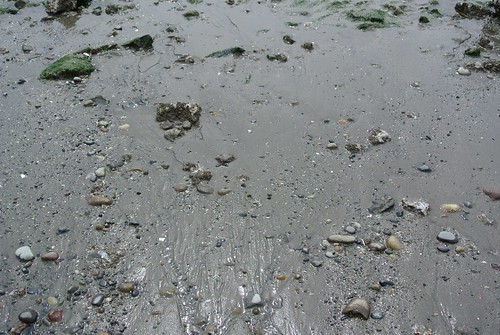 If I had known
how sorrowful this world is,
I would have become
grass or a tree
in a deep mountain!
-Ryōkan 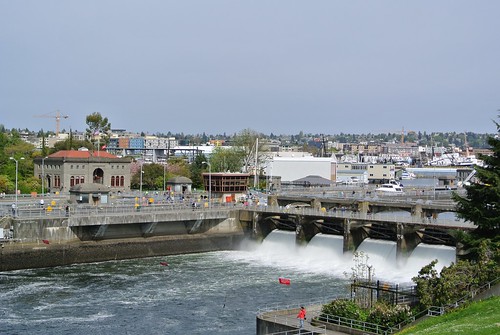 I made my way up the steep hill back into the park and rode some of the parks trail and closed roads to the northeast entrance from which it was a quick jog through the neighborhoods and along the Ship Canal to the Ballard Locks. You have to walk your bicycle across the locks and on summer days the narrow walkways can be tough to get through – especially if there are people pushing bicycles through both ways. Today though, once again, it wasn’t too crowded even though now the clouds had burned off and it was sunny and warm. 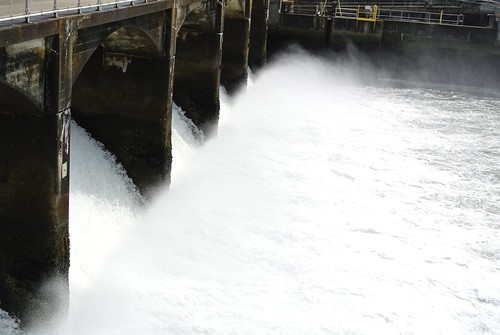 I lingered going through the locks, stopping at each of the sections to look into the water or take some pictures. But soon enough I pushed my bicycle through the park and reaching NW 54th Street I saddled up and begin to ride toward home. I cut though the industrial bits of Ballard to the Burke Gillman Trail, which was as busy as ever on a nice weekend day. I rode the trail into the U-District and there dropped off it and stuck with streets that were on the Ship Canal to the Montlake Bridge. I then followed the Lake Washington Loop along Lake Washington until I rode up the hill to the I-90 Trail which I rode to the ID and then it was back home.

Check out all the pictures I’ve posted from this ride: 420/Easter Ride.
The poetry of Ryōkan is from Sky Above, Great Wind, translated Kazuaki Tanahashi